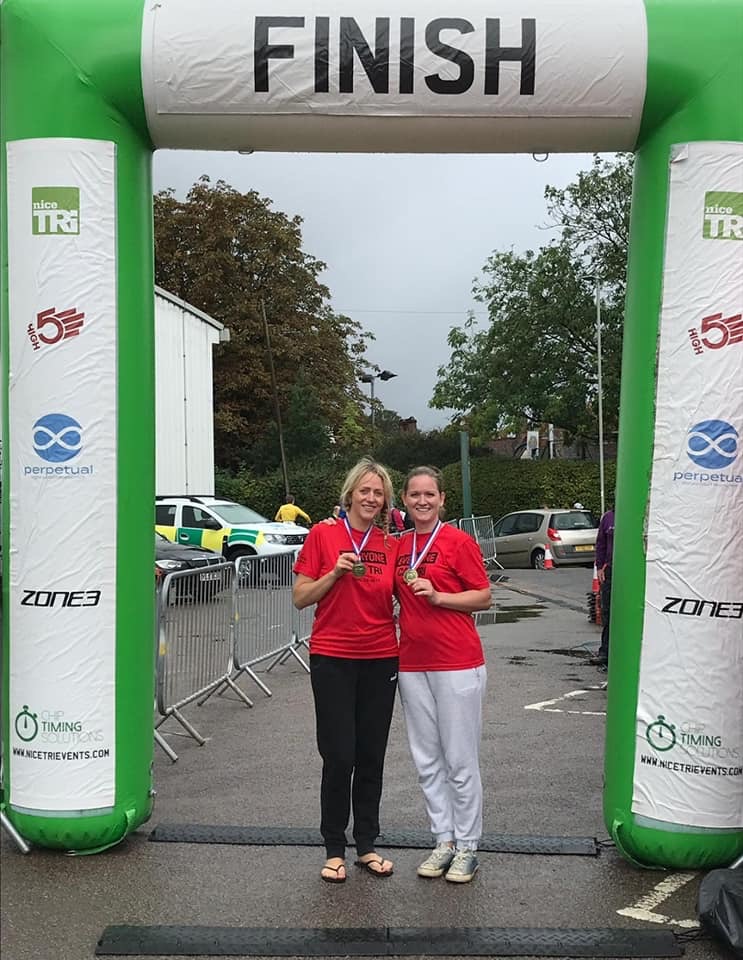 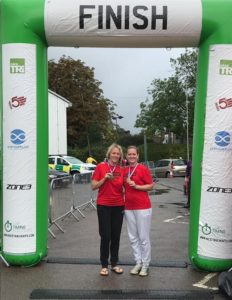 Cottrill and Hardiman at the Hemel Tri

This week marked the end of the 2018-19 season for Gade Valley Harriers and on Thursday they looked back on a successful year of running, both competitively in races and in making improvements in their general running.

Over the last twelve months, club members have competed in 1,175 races covering almost 3,000 miles, with 57 members reporting personal bests (PBs), and amassing 165 PBs between them. Seventeen ultra-marathons were completed by club athletes over the course of the year, with one member completing seven, and sixty-two marathons were raced.

The club also saw both the male 40+ vet (MV40) and female V35 half marathon club records broken – both at the same event – as well as several 5k and ParkRun records smashed.

Onto the 2019-20 season, and the Harriers are hoping for more of the same and the club got off to a flying start, with an ultra, a marathon, a triathlon and several other races completed in the first few days.

Chris Dowling is no stranger to running large distances in Wendover Woods having completed a 100-mile ultra around the Chilterns’ park’s trails in July, so took part in a different type of challenge around the same location on Thursday as competitors were challenged to complete as many 5.25 mile out-and-back laps as they could in a six hour period, at the Running Miles Wendover Challenge. Dowling managed to complete six of the hilly laps in wet, slippery conditions, meaning he ran a total of 31.6 miles which included 1,076 metres (3,530 feet) of ascent, in an impressive time of 5:02:44, ensuring a third-place finish and a PB for the distance.

On Saturday, Rob Humphreys was competing in the Lakeland 4 Passes, a 19-mile trail run which enjoyed breathtaking views of the Lake District, but after a week of storms and torrential rain parts of the course were more like streams than running trails. On top of the difficult underfoot conditions participants had to endure elevation of 1,515 metres (4,970 feet), which led to Humphreys getting cramp on the final descent and instead of being able to enjoy the last runnable section he had to settle for a “steady trot” to the line. Despite all this, he completed the course in an admirable time of around four hours and 23 minutes.

Also on Saturday, Gwyn Pritchard was taking part in the Milton Keynes Autumn Half Marathon, completing the flat, 13.1-mile course around the Buckinghamshire town’s cycle paths and lakes in 1:40:13, and on Sunday, Trevor Normoyle was in the German capital for the Berlin Marathon – one of the World Major Marathons. The 26.2-mile race was won by former Olympic and world 5,000 and 10,000 metre champion Kenenisa Bekele in the second fastest marathon time recorded in history and just two-seconds off the current world record which was set on the same course last year. Normoyle crossed the line in 3:33:08.

On Sunday, the Hemel Triathlon returned to the streets of our very own town and two Harrier female club-mates joined in the super-sprint event. Kirstie Hardiman was first of the duo to complete the 400 metre swim in the pool at the leisure centre, in a time of 9:02, ahead of Angeline Cottrill who clocked a time of 13:29. Hardiman completed the 4.6 mile cycle around the streets Chaulden and Gadebridge in 21:16, with Cottrill just behind in 26:48. Cottrill was the fastest overall female on the running leg, speeding around the 3 mile course through Boxmoor in 24:55, with Hardiman completing the run in 25:14. Hardiman’s overall time, including transitions, was 58:47, earning her the ladies gold medal, and fourth place overall. Cottrill’s overall time of 1:10:40 was good enough to make her the third placed FV40.