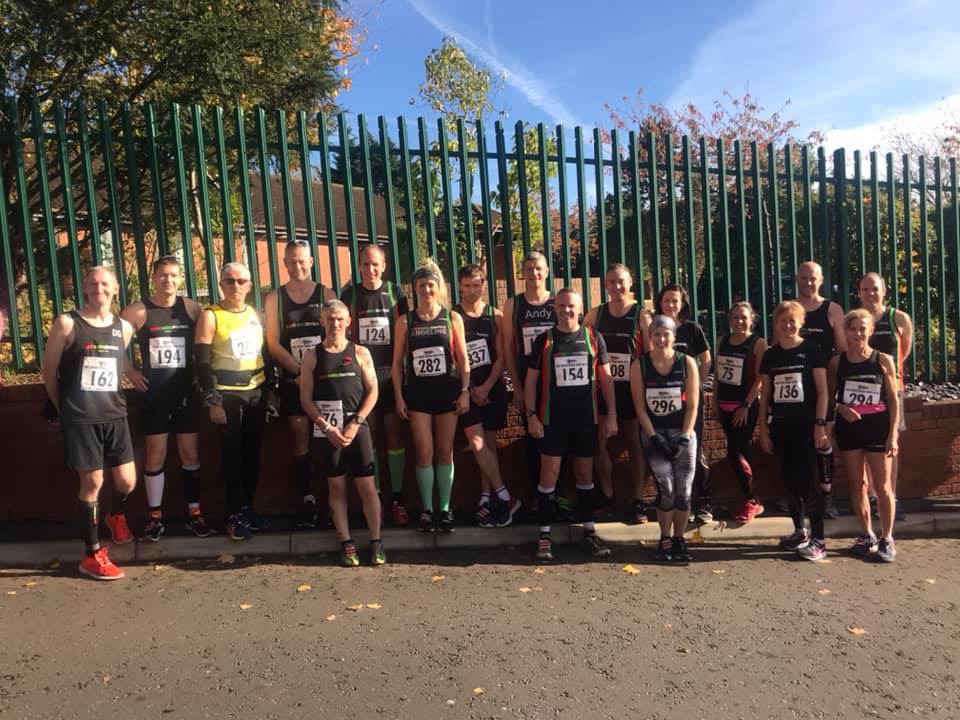 The Ricky Road Run must be one of only a small number of races that starts with a largely downhill mile, and ends with one, ensuring that the majority of the ten-mile foot race has plenty of long, steep inclines as well as its fair share of welcome declines, and on Sunday, it was held for the 36th time, in chilly, sunny conditions.
After setting off from the salubrious location of a bridge under the M25, participants set off around the streets of Rickmansworth and Chorleywood before enjoying some local countryside on their way across the Hertfordshire border into Buckinghamshire. After a flying visit to Little Chalfont, runners could look forward to the return towards Rickmansworth being for the majority downhill, despite the penultimate mile actually hosting one of the steepest and toughest ascents of the course. The final mile made the whole of the previous nine completely worthwhile, as the athletes had the chance to enjoy a super-fast downhill finish.
Like in previous years, Gade Valley Harriers arrived at the start line in large numbers, with one eye on team prizes as the event, once again, incorporated the Herts Senior Championships and the club’s athletes didn’t disappoint as they came home with the women’s title, and the men won silver and bronze, with the first four finishers of each team counting towards the medal places.
Jon Roberts was the first club member to cross the finish line, and third male vet 40+ (MV40) and tenth overall, in a time of 1:02:43 ahead of Anthony James who completed the course in 1:04:38.
Anthony Willcox (1:05:31), Chris Dowling (1:05:36) – who celebrated his birthday with a PB – and Dylan Wendleken (1:05:47) enjoyed some friendly tussling along the course and were separated by just over 15 seconds, and just four positions, as they crossed the line. Two places later, Andy Wells (1:06:25) also picked up a PB. Simon Wallis (1:07:49), Vince Ellerby (1:08:23) and Dave Goodman (1:08:33 PB) all finished within five places of each other – and all in the top forty – after much jostling throughout.
Stephen Newing (1:12:42) and Trevor Normoyle (1:14:16) were next to complete the course, ahead of a trio of Harrier ladies who ran much of the race together. Victoria Crawley-Wise (1:20:20) made the most of the fast finish by out-sprinting her club-mates in the closing stages to pip them to the Herts FV35 bronze medal. Kim Morgan (1:20:37) picked up her second PB of the weekend after accomplishing the same feat at the 5k Cassiobury ParkRun (23:39) in Watford on Saturday, and Sam Raffety (1:21:43) was paced to a PB by Andy Cook (1:21:44).
Angeline Cottrill (1:26:26) and Isabel Wilson (1:26:32) – who picked up the FV65 award – both picked up PBs, and finished in consecutive places, ahead of Helen Cook (1:27:07), while Natasha Gibbs (1:32:49) and Peter Tucker (2:08:11) completed the team.
There was also a 10-mile race on Saturday, at the Lee Valley Velodrome. A trio of Harrier ladies took on the challenge of ten hilly one mile laps, outside the home of the cycling events of the London 2012 Olympic Games. Sam Sparks and Holly Beckett ran together to finish as second and third FV35, respectively, in a time of 1:38:13, ahead of Mary McCluskey (1:51:08).
Elsewhere, Dave Wood picked up a PB at the Luton 10k, with a time of 42:47.