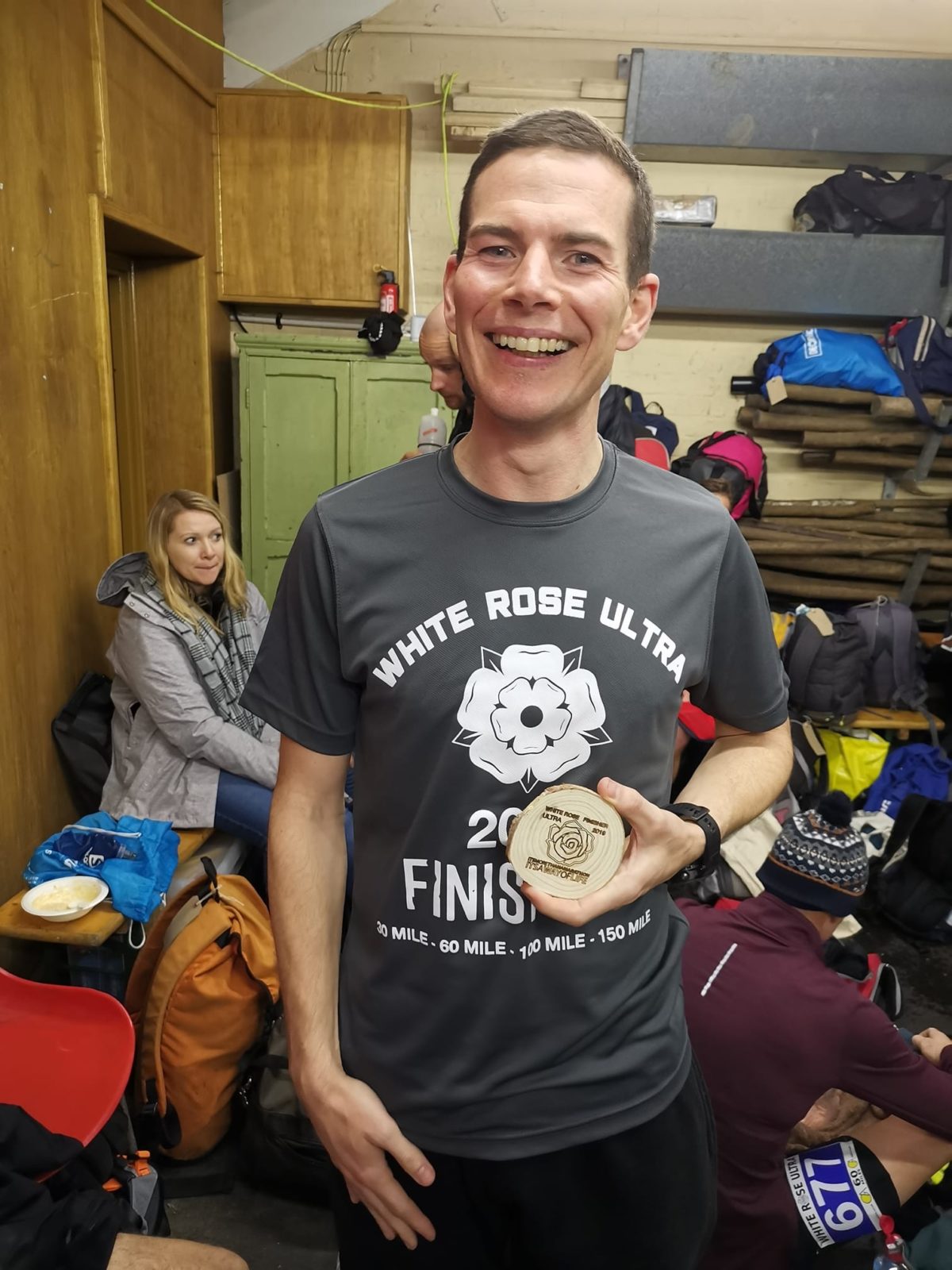 Running 50 km in wet and windy conditions on hilly, slippery trails isn’t everybody’s cup of tea, but Al Flowers from Gade Valley Harriers joined 200 other ultra-marathon runners in Yorkshire on Sunday to take part in his latest long distance running event. After starting in the suburbs of Huddersfield, Flowers headed into the stunning local countryside to enjoy breathtaking views while enduring over 1,400 metres (4,720ft) of energy sapping ascents in the Peak District, as he took part in the White Rose Ultra.

After 20 miles of patiently pacing his run he started to race fellow competitors as they jostled for position in ever -worsening weather to move up to fourth place which he held until he crossed the finish line, in a five hours and one minute.

On Sunday, a handful of Harriers took part in an event which was the polar opposite to Flowers’ ultra – the Stevenage Half Marathon, a flat 13.1 mile race along the Hertfordshire town’s cycle-lanes and footpaths, which passed through no fewer than twenty underpasses on it’s two-lap course which started and finished at Ridlins Athletics Track and passed the town’s football stadium.

After a chilly start on a day which stayed dry for the majority, Simon Wallis led his team-mates throughout the race, which also went alongside the boating lake in the Green Flag Awarded Fairlands Valley Park, and completed the course in 1:29:50.

Stephen Newing (1:35:34) and Phil Mercer (1:36:37) crossed the line just over a minute apart and with only two other competitors between them.

The race also incorporated the county’s Vets Championships and Tracey Cotton picked up the Herts Female Vet FV35 award with a time of 1:46:34, and Rupert Mainwaring (1:54:22) and his wife Clare (2:10:24) completed the team.

On Saturday, several club members took part in free, timed ParkRuns around the country, but it was at the local Gadebridge Park event that the Harriers excelled with four of the first five finishers of the hilly, 5k course all coming from the club.