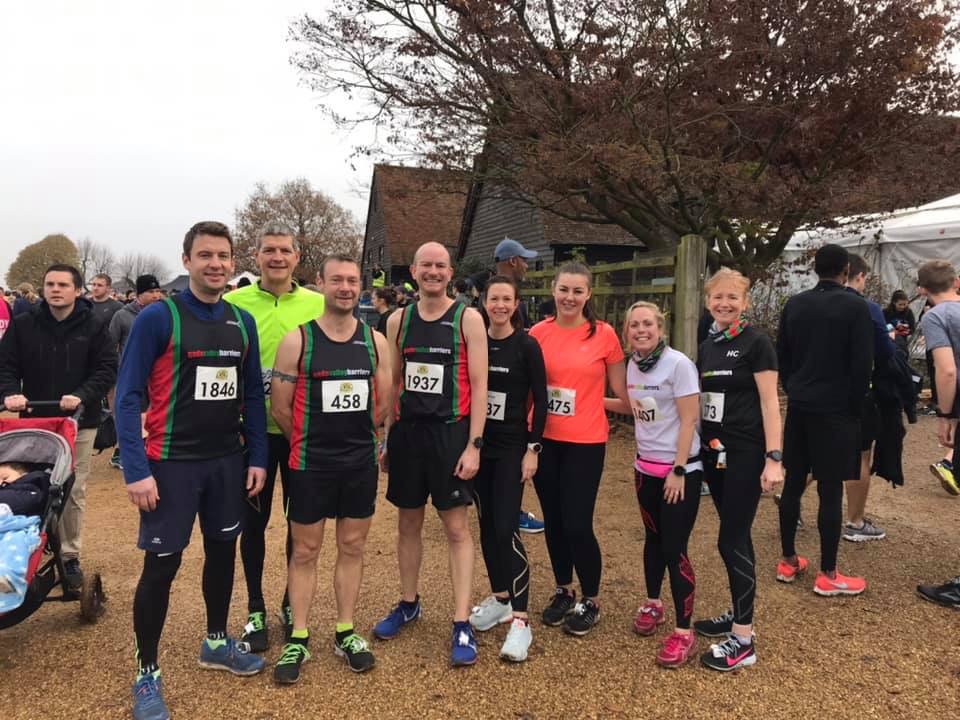 After spending the last two weekends competing in cross country races, the majority of Gade Valley Harriers returned to road running on Sunday, taking part in races across Hertfordshire, and for some, further afield, and helped themselves to a plethora of personal bests (PBs).

Knebworth House was the base for the Hertfordshire Half Marathon, a hilly 13.1-mile race which sent runners along the country lanes that surround the ancient manor house, and through local rural villages.

The Hatfield 5 started at the University of Hertfordshire’s main campus and the route took competitors along country lanes before they headed along the pavement of the dual-carriageway and back onto campus.

Dave Goodman continued his fine recent form of picking up a PB in every month of 2019, by completing the flat, five mile route in 31:30, ahead of Phil Mercer (32:53), who also added to his huge PB count for the year.

The Watford Autumn 10k is an off-road race which starts in Cassiobury Park and gives participants the chance to view the beautiful sights of Whippendell Woods in full autumnal bloom, while tackling the hills and mud of the nature reserve. Rupert Cavenagh-Mainwaring (50:32) was the first Harrier to complete the challenging course, ahead of Sophie Halden (1:00:31), Leona Flaherty (1:03:47) and Paula Cook (1:05:16).

Further afield, Sam Sparks took two minutes off her half marathon time by completing the Run Silverstone event in around 2 hours and five minutes and Joanna Kidd took part in her tenth 26.2-mile race, completing the Firenze Marathon in Italy in 4:41.

On Saturday, Isabel Wilson picked you a 5k PB by completing the Rickmansworth ParkRun event in 25:02.