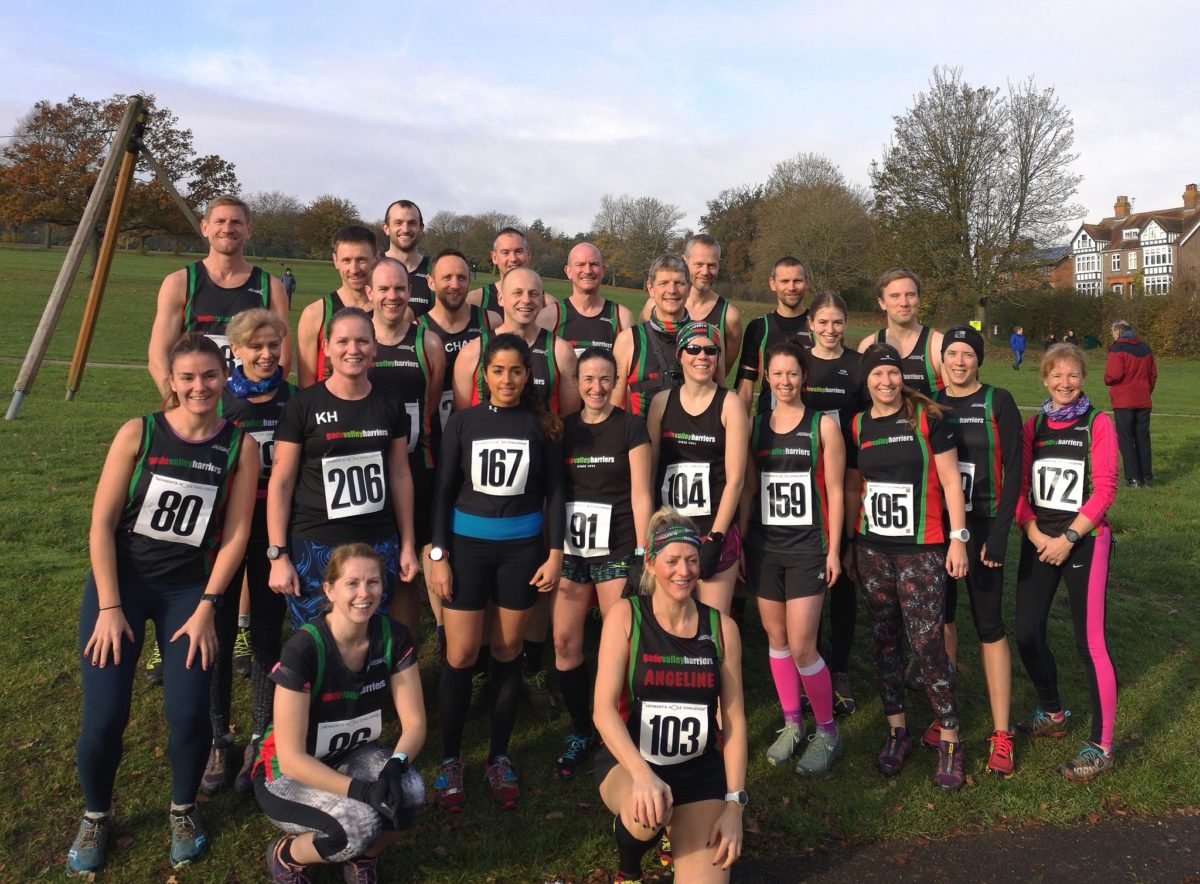 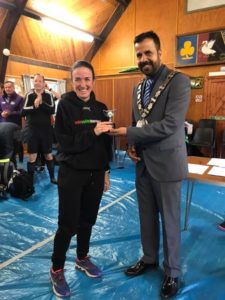 Herbert’s Hole is the name given to a footpath near Chesham which passes along a shallow valley which in summer is brought to colour by a field of red poppies on one hillside, and yellow rape seed flowers on the other. On Sunday, with not a flower in sight, it was the location for one of the toughest races in the Gade Valley Harriers’ autumn fixture list which goes by the same name, and this year it was made all the more arduous due to the large amount of rainfall in recent weeks.

As the sun shone over Buckinghamshire for the multi-terrain course competitors gathered at the start line, looking straight up a long, steep hill. After embracing that, runners spent the first two km on slippery parkland, before heading into the local area to run along country lanes and footpaths, which included yet more hills.

Jon Roberts was the first club member to complete the 6.5 mile race, crossing the line in tenth place overall, and as second male vet 40+ (MV40) in 42:58, just one place and one category position ahead of Michael Linden (43:12).

Stephen Newing (48:12) held off a late charge from Teresa Reason (48:17), who was the third female and second FV45 to cross the line, and the pair finished in successive positions, ahead of Phil Mercer (48:28).

Nicoletta Charalambous (55:28) was competing in her first race since joining the club and helped the women’s team to claim the silver medal. Shortly after, Victoria Crawley-Wise (55:51) and Lizzy Andrews (56:29) crossed the line.

Elsewhere on Sunday, Dave Goodman completed the Fulham 10k in West London in a time of 40:52.

On Saturday, Sam Raffety completed her 50th ParkRun – a timed 5k event which takes place in locations all around the country each week – at the Rickmansworth ParkRun, and picked up a personal best (PB) time of 23:24. Kim Morgan also picked up a PB at the same event, with a time of 22:55.