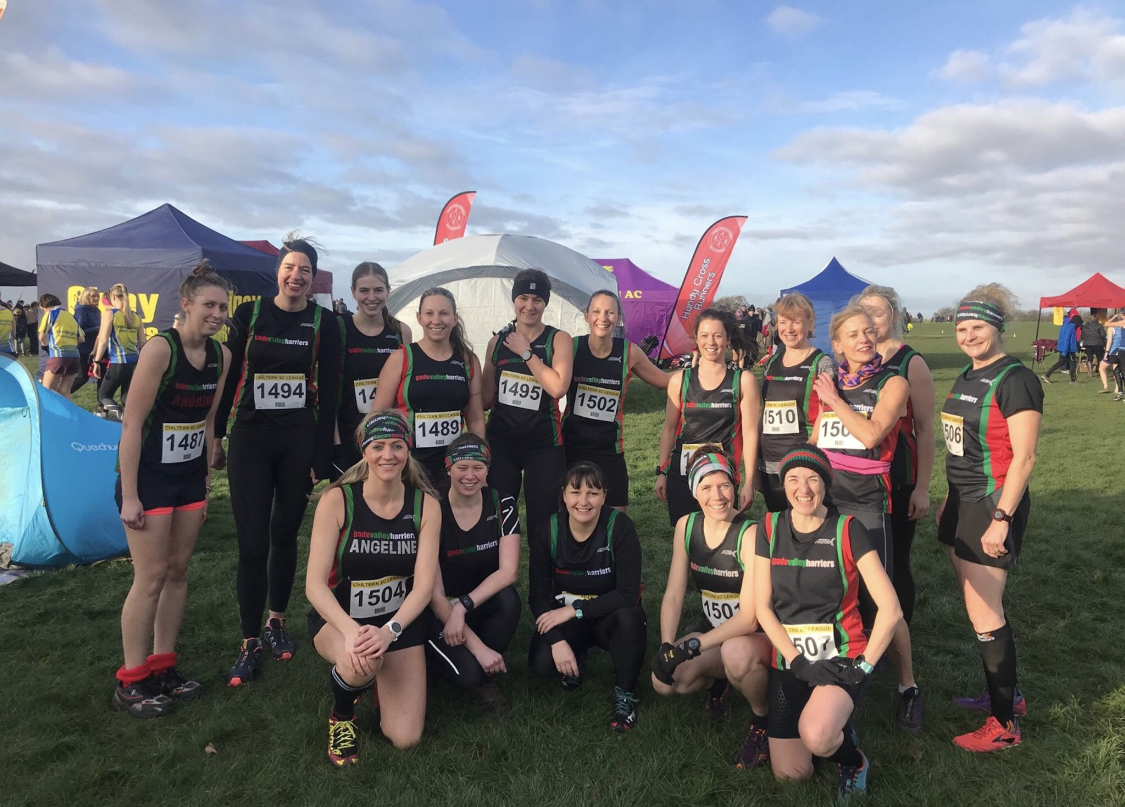 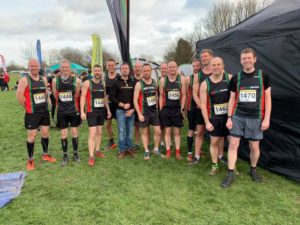 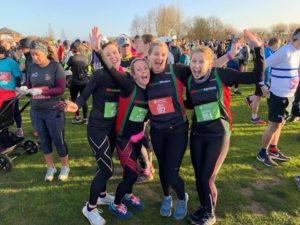 Morgan, Raffety, Beckett and Gibbs at the MK Winter Half 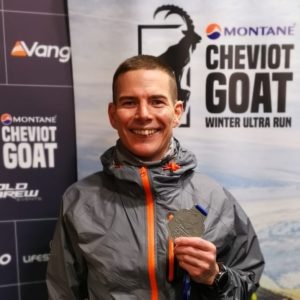 Flowers at the Cheviot Goat

Saturday saw the return of the Chiltern Cross Country League as Gade Valley Harriers travelled to Stopsley Park in Luton for this winter’s third fixture, where as many points as possible were required in the fight for survival to stay in the league’s top division.

As usual the female race took place first, in warmer conditions than we had had for most of the previous week. Kathleen Smith was the first lady from the club to complete the 3.5 mile course crossing the line in 23:23, with Teresa Reason (23:27) only four seconds and two places further back.

Heather Taylor (24:26) held off Lisa Newing (24:33) on the flattest of the courses on the cross-country circuit, and finished just three positions ahead of her club mate. Claire McDonnell (26:10) and Victoria Crawley-Wise (26:27) completed the course which was expectedly muddy and slippery after large amounts of recent rainfall, and they finished ahead of Lizzy Andrews (27:51).

Once all the ladies had crossed the line, it was the turn of their male and Anthony James – who was making his first league appearance of the season – led the team throughout the 5.9 mile course and finished in 36:44, with Michael Linden (37:45) less than a minute behind. Anthony Willcox (38:56) held off Antony Beamish (39:15) who survived a sprint finish from Tim Abbott (39:16) which saw him pass his club-mate in the final few metres, but he wasn’t able to hold on to the lead as Beamish powered across the line with less than a second to spare.

Nicholas Crowther (41:14) held off Gareth Tucker (41:45) who passed two rivals from Tring RC – the club just one position ahead of the Harriers in the league table.

Despite some great performances, the result still leaves the club languishing in the relegation zone, and with a points difference of just under 700 it’s going to take maximum effort from everyone for the final two races.

Also on Saturday, Al Flowers took part in the Cheviot Goat – a gruelling 55 mile ultra-marathon across the Cheviot Hills in Northumberland with an ascent of 3,000 metres. Competitors ran in reverse direction this year to ensure the highest part of the route was completed before the gale force winds, which were forecast for the evening, set in. Despite sinking thigh high in deep bogs twice, and falling over on the rough trails a few times, Flowers completed the course in 12 hours and 36 minutes, and in 20th place, in freezing rain, which was made all the more difficult by dense fog that made visibility poor for much of the event.

Elsewhere, Simon Wallis took part in the Goodwood Marathon and failed in his PB attempt, hobbling across the line in an unspectacular time of 3:17:39.