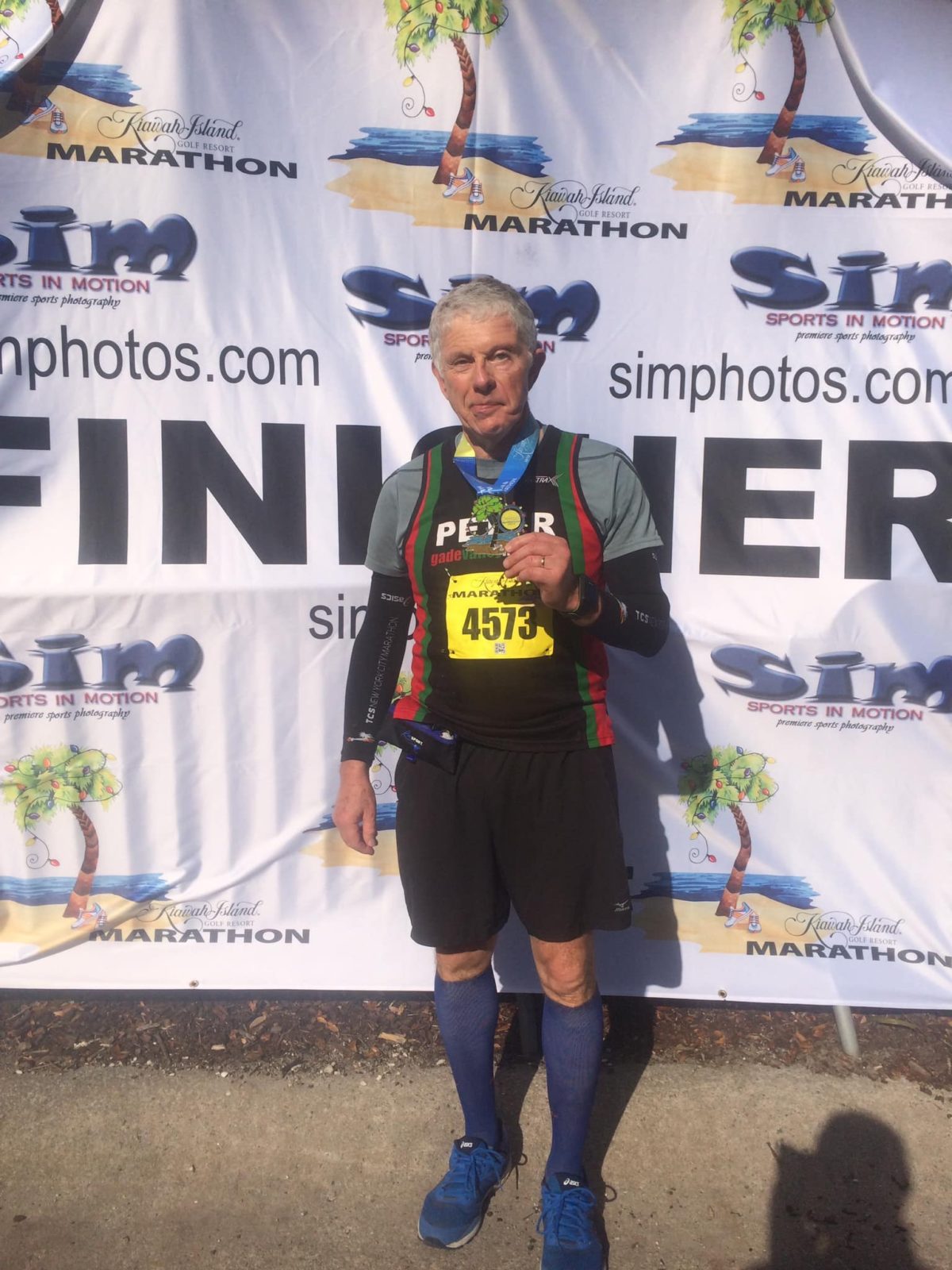 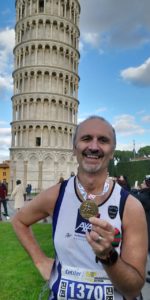 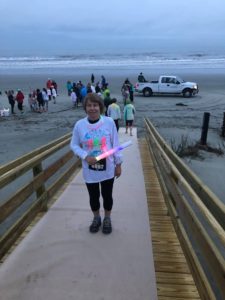 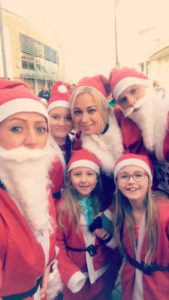 Once a lot of people reach the age of sixty-six, they think about enjoying retirement and slowing their live’s down, but Gade Valley Harrier Peter Tucker continues to put the years behind him, and on Saturday he took part in his 37th marathon.

On a cool, windy morning on the east coast of the USA, Tucker participated in the Kiawah Island Marathon which starts and finishes in the golf resort and gives runners a chance to enjoy spectacular views of maritime forests, marshes and grand homes on a course which weaves along the island’s roads and for large parts follows the Atlantic Ocean’s coast-line. He completed the 26.2 miles in 6:01:10.

The previous evening, his wife Nikki completed the Glow in the Dark 5k on Kiawah Beach in 34:25.

On Sunday, Luca Cotta Ramusino took part in the Pisa Marathon in Italy. Much of the route follows the river banks and the Mediterranean coast-line before returning through the regional park and then finishing under the backdrop of the city’s famous landmark leaning tower. He completed the route in 5:43:00.

Closer to home several club members dressed up as Father Christmas’s to take part in the town’s annual Santa Dash. John Lawler, Maria Kenny, Angeline Cottrill, Kim Morgan and Sam Raffety all took their children to join in the 2.5-mile fun run which starts by the Riverside shopping centre and leads runners up through the old town and into Gadebridge Park, before heading back into the town centre.