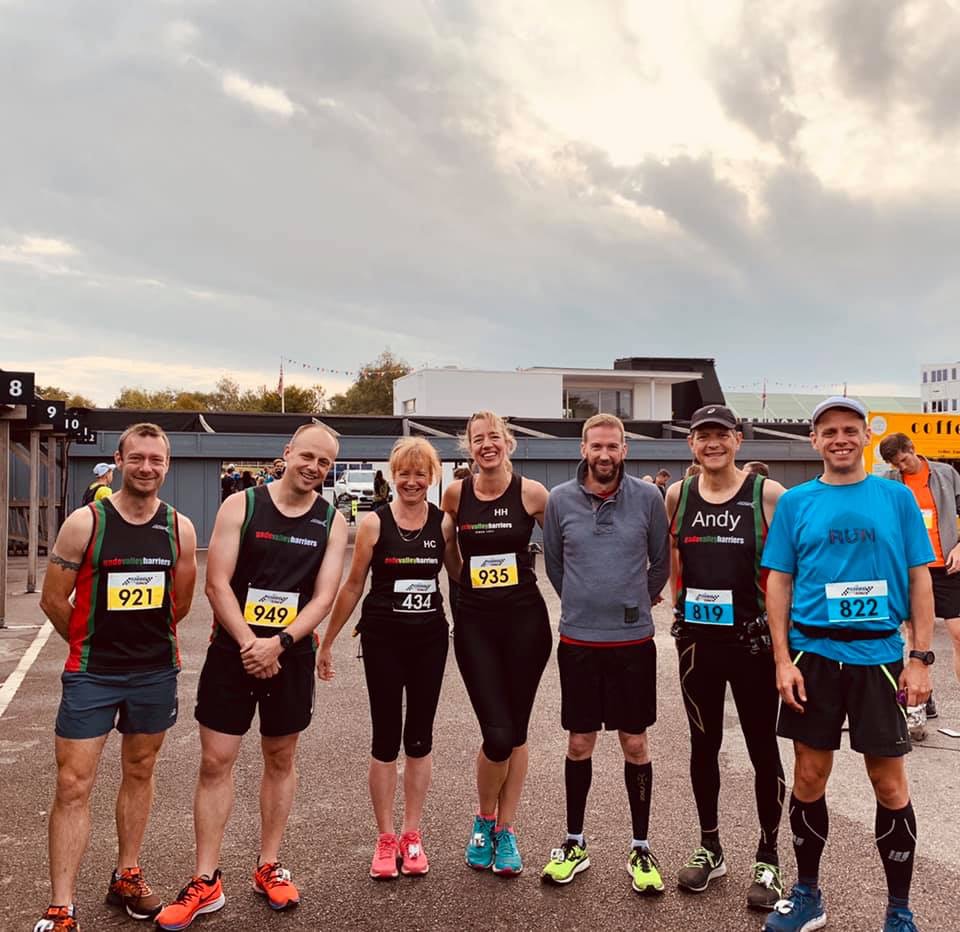 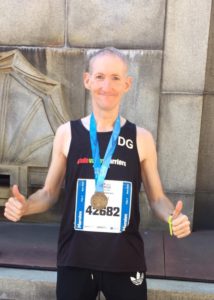 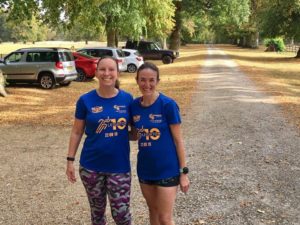 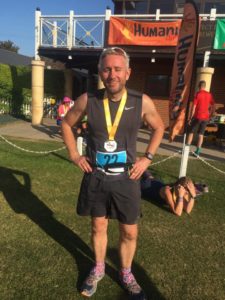 Most people find running a marathon hard enough but on Saturday Gade Valley Harriers had one member who took on a mammoth swim and bike ride before he ran the 26.2-mile distance, two others who competed in longer running races, one that took part in a long distance bike ride, and another who completed a half marathon the day after a marathon.

Dean Kidd took part in the Italy Ironman triathlon in Cervia after eight months of pushing his boundaries to the max in training across the range of disciplines. Kidd joined nearly 3,000 other athletes as they swam 3.8 km (2.4 miles) in the Adriatic Sea, off the country’s east coast, on a hot morning, in poor sea conditions. He completed the swim in 1:17:47, despite only getting an hour’s sleep the night before due to race nerves, and then geared up for the 180km (112 miles) cycle leg which had a technical start from the promenade going out of the town and then took riders through some stunning Italian countryside on closed roads. Participants then embraced a steep climb while crossing the vineyards of the local area before descending back to Cervia. Kidd buckled down and completed the two-lap course in 5:36:41.

Kidd wrapped up the day by enjoying sea-views on a flat, four-lap run around the local touristic area and medieval town, shrugging off some stomach pains as the heat reached its afternoon max. As he reached the red carpet he was greeted by cheering crowds, and the words “Dean, you are an Ironman” ensured Kidd had the satisfaction and relief of achieving one of the toughest mass-participant endurance events in existence. He completed the run in 4:48:05 to give him an overall time of 11:55:51, including transitions.

Meanwhile, Darren Burke was taking part in his first ultra-marathon, at the Tring 50k, where he was joined by club mate and seasoned ultra-runner Anita Berwick. The duo attacked the hilly trails around Wendover, Berkhamsted and the Ashridge Estate on a day in which the UK basked in unseasonably hot temperatures which made it difficult for runners, but the clear blue skies allowed for some stunning views across the Chilterns. Burke completed the challenging course in 7:11:13, ahead of Berwick (8:07:44).

Andy Terry swapped his running shoes for Lycra as he embarked on the London to Brighton Off Road cycle sportive. After over 3,000 feet of elevation and almost 68 miles in the saddle, Terry reached the South Coast in around six hours and 52 minutes.

Also on Sunday, was the Goodwood Running Grand Prix which gave runners a choice of distance races dependant on how many laps of the Sussex motor racing circuit they wished to complete. Andy Cook enjoyed a highly acclaimed “negative split” by completing the second half of his marathon quicker than his first half and picked up the MV50 award, passing the chequered flag in 3:22:10, ahead of Nicholas Crowther (3:29:39) who was third MV40.

Helen Cook was the first FV50 to complete the half marathon at Goodwood, crossing the line in 1:59:28.