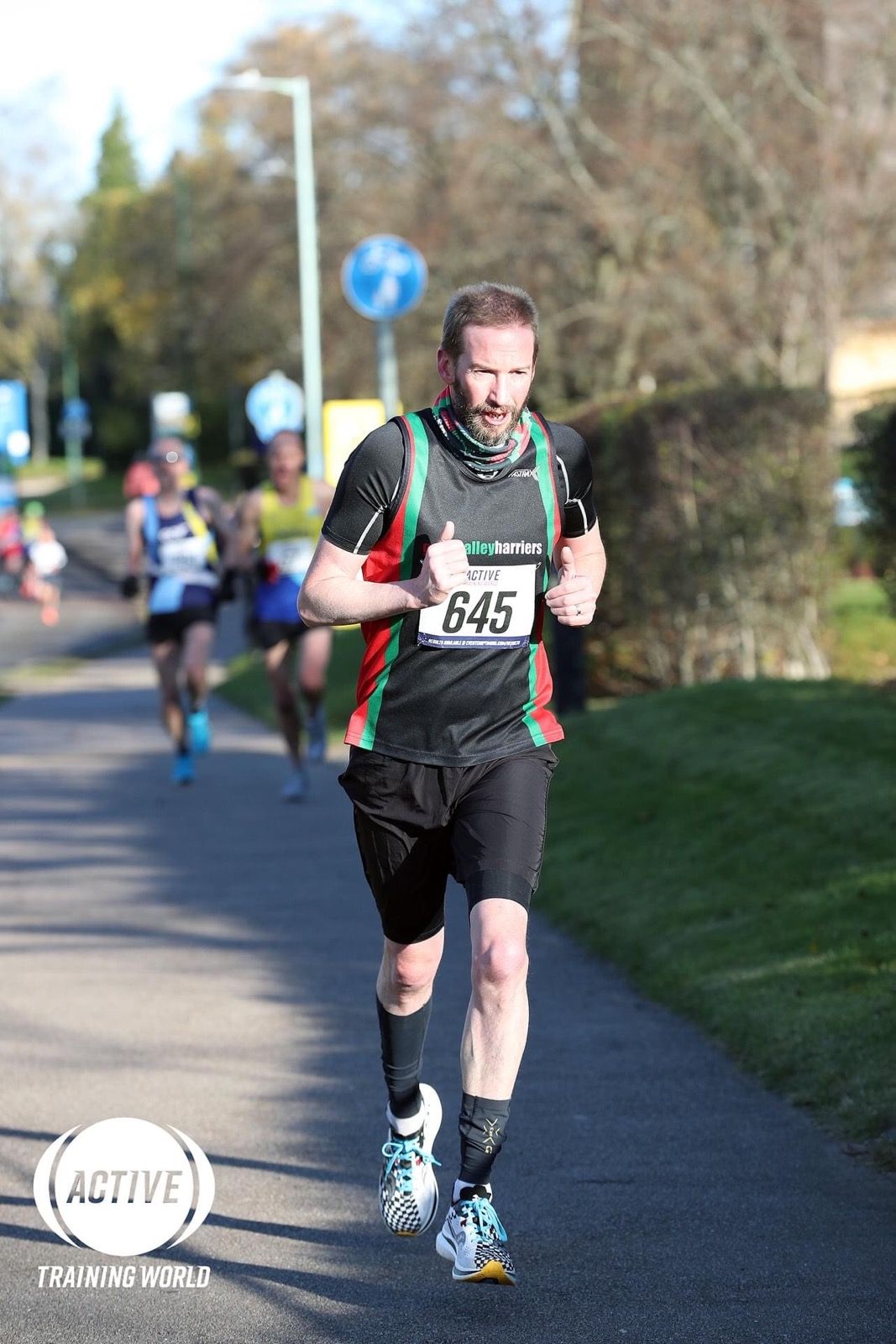 As the country was hit by Storm Arwen GVH athletes had a quieter weekend than usual but 8 Harriers still found the time to take on the Hatfield 5, and score several PBs, on Sunday 28th November.

As ever the weekend’s running began with Parkruns around the country. The extreme weather played havoc with local Parkruns as the Gadebridge and Dunstable Downs events were cancelled owing to their off road courses being deemed too dangerous to guarantee the safety of the participants. Anthony Fogden was unaware of the cancellations before he got in his car on Saturday morning, he said: “I may have inadvertently created a club record today. 3 parkruns!  Gadebridge Parkrun – cancelled. Drove to Dunstable Downs, greeted by a volunteer to say the decision was taken to cancel. It is now 8:43 but not yet put off, I remembered Houghton Regis. My satnav told me I’d get there at 8:58 and I arrived at 8:59, just in time for the start. Lovely flat Run. First in my age category and will have a happy Saturday having had my Parkrun fix.”

With slightly less drama, 10 GVH runners made the trip to Watford to take on the Cassiobury Parkrun. It was a great run for Gareth Tucker as he was the first overall finisher in a new PB of 19:11. Anthony Willcox also finished in the top 5 in 19:47 while Kim Morgan ran superbly to finish 2nd female, 35th overall in 22:13, just four seconds behind club chairman Andy Cook whom she was chasing down fast, but ultimately fruitlessly, in the final straight. Sam Raffety also managed a PB at Cassiobury.

The Hatfield 5 is a 5 mile race around the streets and paths of Hatfield. It starts and finishes at the Forum on the campus of the University of Hertfordshire and takes in parts of the Alban Way, a disused railway line that has become a popular running route and also features in the St Albans Summer Solstice 10k. Sunday morning saw the most clement weather of the weekend so the conditions, together with the ultra fast, flat, route enabled the Harriers to record some excellent times. 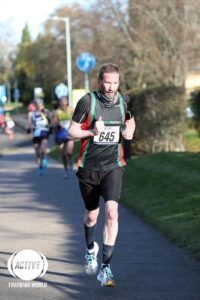 Matt Watt was the first GVH runner to finish. He completed the course in a magnificent 28:41 to finish in 27th place overall, just outside his PB. Michael Linden continued his excellent recent form by coming in next for the Harriers in a new PB of 29:34. Gareth Tucker followed up his Cassiobury Park PB on Saturday with a new 5 mile PB, he crossed the line in 30:25. Club Captain Andy Wells and Steve Newing also recorded new PBs. Tracey Cotton was the first female harrier to finish, in 37:49 while Ashleigh Taylor and Helen Cook completed the Harriers team.