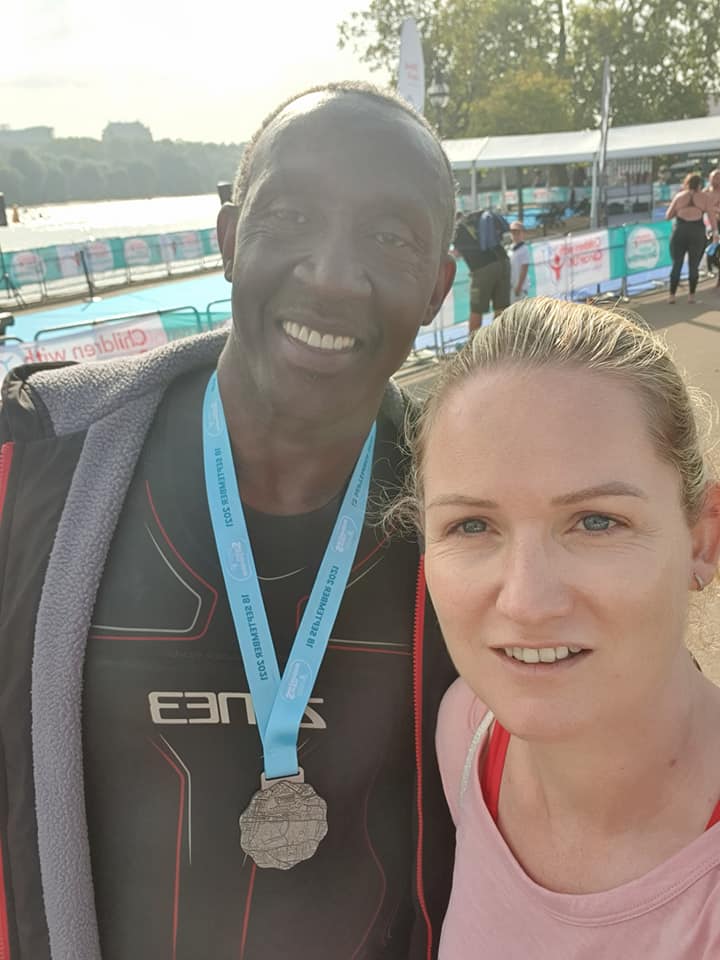 There was a smattering of races for Gade Valley over the weekend of 18th and 19th September, more success for Teresa Reason and Al Flowers, a (genuine this time) World Record attempt and some classic swimming action.

There were reduced Gade Valley numbers taking part in Parkrun this weekend with some standout performances from Matt Ashby, finishing 3rd at Gadebridge and Antony Beamish finishing 4th at Rickmansworth in a new PB of 18:34. Perhaps the most notable performance was from Helen Heathcote who took part in Upton Court Parkrun to continue her quest to complete the Parkrun alphabet. She said: “[I ran] Upton Court parkrun this morning to get my U for the parkrun alphabet. Only 6 to go! Nice PB course with views of Windsor castle.” Good luck with X and Z, Helen, although I am led to believe that overseas parkruns, including Poland and China (if they do it?) do count. 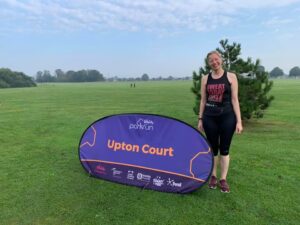 On Sunday Al Flowers, having finished second in his warm up race a few weeks ago, took part in the British Championships Aquathlon at Worthing. According to Triathlon News “For the first time in nine years, the British Aquathlon Championship returns to the calendar next weekend, Saturday 17th July 2021.”

Al takes up the story himself, “I did my first national championships in any sport today – the National Aquathlon Championship – it was a great experience. I finished 32nd overall and 5th in my Age Group which I am really pleased with – competing against people with a lot of World and National experience.”

Al experienced his first mass start and his first sea swim so unsurprisingly found the course difficult. He completed the slowest split of anybody who finished in the top 40 but wasn’t complaining about his time of 14:20 for 750m.

Al found the running leg much more to his liking and quickly felt comfortable as he started to move up the field. He wasn’t overtaken by any competitor on the two lap course and increased his pace over the last 250m to overtake 3 people before the turn into the finish line. He finished just 9 seconds behind 4th place and 27 seconds behind 3rd place in his age group. At the end he said, “I’ll take that for a first crack at a national championship and I’m really pleased with an Aquathlon 5km PB of 18:36.” 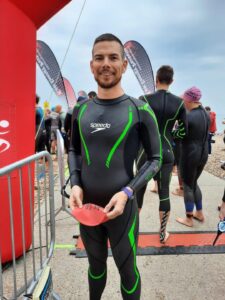 All limits the effects of his wardrobe malfunction

After Phil Mercer’s dubious and ultimately fruitless assault on the World 20 mile record, Sunday saw Caron Williams take part in a genuine World Record attempt. VirtualRunners.org organised an official attempt to take the World Record for the most participants in a virtual 10k in a 24 hour period. Caron posted her run on Sunday morning, running a 10k loop starting and finishing in Kings Langley and taking in Chipperfield on the way. At the time of writing there has been no official confirmation, at least that I can see, of whether the world record attempt was successful or otherwise. 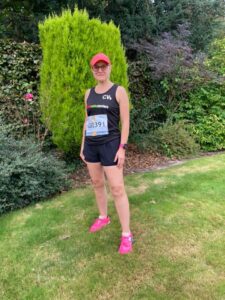 Caron poses for a virtual photo

Sunday morning saw the return of an enduringly popular race to the schedule. After a 2.5 year absence the Hampton Court Palace marathon returned on Sunday, September 19th. This popular, flat and quick race normally takes place in March so has not taken place since March 2019 owing to the pandemic. Kim Morgan, Sam Raffety and Ines Trent were happy to see its return as all three ran strongly in the warm Autumn sunshine. Kim finished first in 1:50:27, Sam was not far behind, crossing the line in just over two hours and Ines continued her strong improvement throughout 2021, finishing in 2:40:31. None of the trio was available for comment after the race but Mary McCluskey commented that “Ines probably ran another PB today did she?”

Also returning to the race schedule was the Leighton 10, a tough, hilly 10 mile course in the countryside around Leighton Buzzard. This has always been contested in September so, unlike the Spring races, was only cancelled once. Andy Bishop ran strongly to finish 62nd in 1:19:00, with Vicky Crawley-Wise and Claire McDonnel not far behind in 1:22:32 and 1:23:05 respectively. The performance of the day undoubtedly belonged to Teresa Reason though as she completed the 10 mile course in 1:16:54 to finish 2nd in F40 category and 1st in the Bedfordshire Championships F45 race. Congratulations to Teresa on her achievements and the medals that will no doubt turn Angeline green. 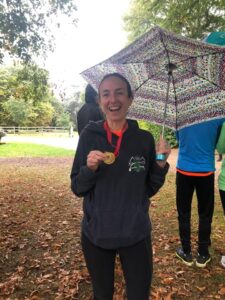 Sunday also saw swimming action for Kirstie Hardiman and Rupert Cavanagh-Mainwaring as they took on the Swim Serpentine 2 mile swim in London. Kirstie finished the race in 1:12:31, 359th out of 1185 women and 32nd out of 270 in her age category. She said after the race, “Lovely sunny swim in Hyde Park, water was a balmy 18.5°c. Lovely atmosphere and calm considerate swimmers, not the usual bustle of a mass tri swim start.” She had the added bonus of meeting Linford Christie, a man who only learnt to swim 2 years ago, after the race. 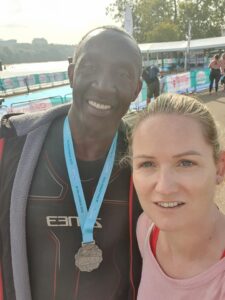 For Rupert the Serpentine swim was the culmination of 14 years work as he completed the collection of “London Classics” to earn the London Classics Medal. He took part in the London Marathon in 2007, the Prudential Ride London 100 mile cycle sportive in 2017 and the Swim Serpentine this weekend. After his swim Rupert said “I have completed the swim serpentine 2 mile and have finally earned my London Classics medal. It was well worth it for the massive medal.” A straw poll of Gade Valley members all agreed that it was well worth it to see the pure jealousy on Angeline’s face. 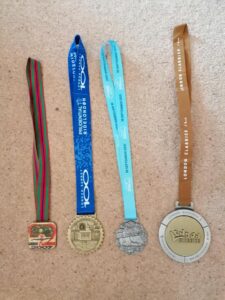