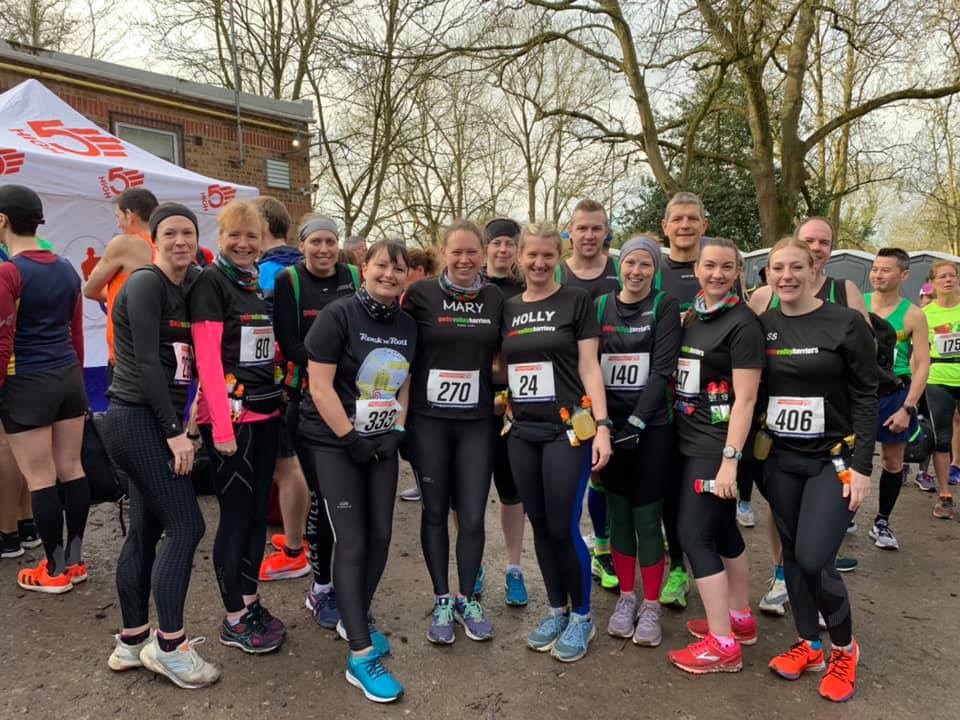 2020 was the strangest of years. Back in January we were hearing about a “new” virus called Coronavirus (although we were also told it was a well known type of virus that causes, amongst other things, the common cold) that was causing a stir in China. Those of us old enough to remember to remember the SARS outbreak of 2002 – 2004, Avian Flu in 2008 and Swine Flu in 2009 treated those news reports with oh so much indifference. We had seen pictures from far eastern countries of people wearing masks on public transport, we had seen ethnic Chinese people wearing masks on London Underground, we had seen pictures of people wearing spacesuits in Chinese cities before. We knew from our experience that this was going to turn out to be a storm in a teacup and most of us ignored it.

2020 started in the same way that any running year starts. After the New Year hangovers and the new year park runs had passed, GVH assembled on January 12th at Bedford Keysoe Equestrian Centre for round 4 of the Chiltern Cross Country League. GVH were spending their 6th consecutive year in Division 1 but found themselves in severe danger of relegation with two races to go. The situation wasn’t helped by injuries and mechanical failure on the M1 on the way to the race, causing 2 of the ladies’ team to miss the race.

The ladies’ race was first, over a distance of about 6k and the Harriers were led through the line by debutant Olivia Howe. She was pursued all the way by Kathleen Smith with another debutant, Nico Charalambous, rounding out the top three just a few seconds ahead of Kim Morgan who was starting to show the form that she would show throughout 2020.

The men’s team was led home by another debutant, Andy Symonds, who finished the 3 lap course (the longest of the cross country league season) over a minute ahead of Michael Linden and Antony Beamish. James Birnie was a further minute behind. The Harrier’s strength in depth, particularly in the men’s team, was again their problem with only 12 men starting the race and only Symonds managing to break into the top 100.

January 19th saw a return to the roads for the Harriers for the ever popular Fred Hughes 10. This year the race had added spice as it was also the club 10 mile championship. Jon Roberts took the Men’s Senior championship with James Birnie finishing ahead of Antony Beamish to claim 2nd overall place and the over 40s prize. Lisa Newing and Teresa Reason took the honours for the women with strong performances from Nico Charalambous, Kim Morgan, Isabel Wilson, Kirstie Hardiman, Helen Cook, Kittie Neal and Sam Sparks who all recorded new PBs.

The start of February saw many members take on the Watford Half Marathon. Michael Linden continued his strong form, leading the men home in a new PB of 85:50. Club stalwart Vicky Crawley Wise was first home for the women. Amongst the 15 other Harriers on the course, David Goodman put up a strong performance in what was the first of his many half marathons in 2020, whilst Kirstie Hardiman had the honour of acting as guide for blind athlete Simon Goodall, a former paralympian.

While the Harriers at Watford were running on Sunday morning, Anita Berwick was undertaking the second leg of the weekend long ultra marathon, the Pilgrim Challenge. Having run from Farnham to Redhill on Saturday in 7 hours 55 minutes, she spent Sunday running the return journey in 8 hours, 24 minutes. Anita has the utmost respect of this writer as does anybody who takes on an ultra.

February saw the last Chiltern League fixture of the season and, sadly, the last division 1 appearance for GVH until at least the season after next. For the only time in the year, the men outnumbered the women but the result was equally disappointing as both the men and women’s teams finished 13th on the day and the club was relegated in 13th (out of 14) position in the table. Isabel Wilson was the standout performer for the Harriers over the season, winning the FV65 category whilst Teresa Reason’s performances over the year earned her the bronze medal in the FV35 category. Michael Linden was the highest placed male Harrier in the overall standings, finishing 13th in the V40 category.

The last weekend in February saw the second of the Harriers’ three marathon training runs. The weather was awful and the route had to be changed at the last minute to avoid a flooded section of the canal but the run still went ahead with many Harriers, as usual, marshalling the course and distributing refreshments. Most of us were hoping for better weather for the final MTR, in late March.

There are three “traditional” races for GVH in March. First up is the Berko Half Marathon, then the Hillingdon (used to be Finchley) 20 and after that the Ashridge Boundary Trail run. There are also sundry half marathons and assorted other races, including the Milton Keynes Festival of Running, as we all look forward to our spring marathons.

At Berkhamsted, the most notable performance was from Heather Taylor, who led our women home finishing as overall 4th female in 1:34:37. According to the official results, she was joined in the winning team by Teresa Reason and Nico Charalambous, but the photo (attached) of the men’s and women’s teams definitely has Teresa, Kim Morgan and Vicky Crawley Wise in it. One can only assume Kim and Vicky shotgunned the ceremony because the others had left. 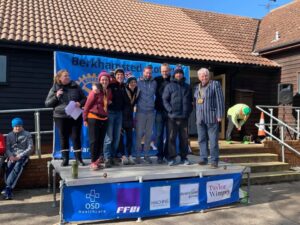 For the men, Jon Roberts led a strong contingent of Harriers with Michael Linden and Gareth Tucker making up the winning team. Gareth was particularly strong in the last 3 miles of the race, powering past first James Birnie and then Chris Dowling to finish ahead of both in 25th overall position. With Dowling 26th and Birnie 27th, there were 5 Harriers in the top 30.

According to the official results page, 51 Harriers completed the course. Many of those repaired to the King’s Head in Berkhamsted High Street, little knowing it would be one of the last chances to do so in such numbers for many, many months.

And so to Hillingdon. Or Finchley. Or Ruislip Lido. Or that place with the four laps and the big hill. Nobody wants to do a 20 mile race. It is too far to enjoy but it isn’t a marathon so nobody at work will be remotely impressed that you did it. And anyway, you are only doing it to understand how fit you are for the marathon you are going to do next month. Michael Linden led the way for the men with Nicoletta Charalambous leading the way for the women. But the real action took place in the Water’s Edge pub with several Harriers sitting down for lunch and a few pints. The pub was crowded in a way that would seem, well, criminal now and at least two Harriers were suffering from a persistent cough leading some to “joke” that there could be an epidemic in Ruislip. Oops. 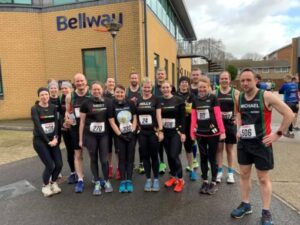 In what turned out to be the final weekend of racing for many months, Chris Dowling and Tom Perry took on the Ashridge Boundary Trail run, a 25k race around the boundary, and the steep hills, of the Ashridge estate. On Sunday 15th, Phil Heaton completed the Bath Half Marathon in 1:29:41 amid some local unease at the event taking place at all. Rob Humphries and Neil Harper took on the half marathon at Milton Keynes whilst Dave Goodman ran the 20 mile race.

By the weekend of the 15th and 16th most of the spring marathons had been cancelled along with the final MTR and we were starting to think that the Coronavirus thing wasn’t going to be like SARS, Avian Flu and Swine Flu after all. Boris was asking people not to go to pubs (he would shut them two weeks later), offices were closing with people being ordered to work from home and it was starting to get difficult to buy Kleenex and pasta.

The world as we knew it was ending and the era of lockdown, virtual races and home schooling was about to start.