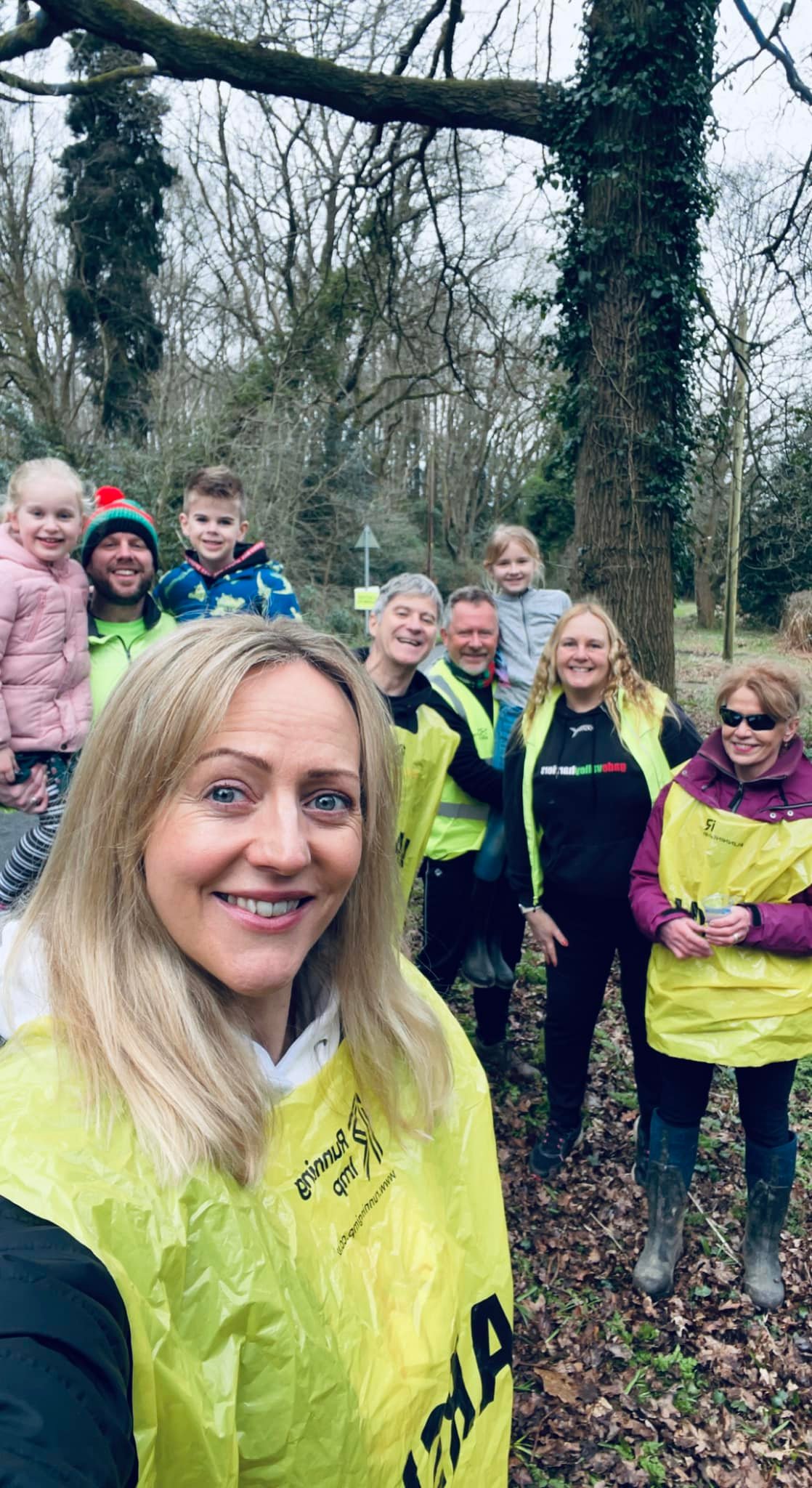 The weekend of 12th and 13th March was a quiet one in terms of racing but a busy one for Gade Valley Harriers as it saw the return on Sunday of the club’s Marathon Training Runs on Sunday as well as a handful of runners taking on the Parkruns on Saturday morning. 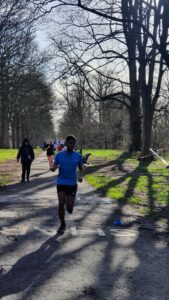 5 Harriers went to Rickmansworth on Saturday morning with Stu Gallagher leading the way from Andy Cook and Phil Mercer. Helen Cook and Tracey Cotton represented the Harriers’ women. 5 GVH runners ran at the local Gadebridge Park event. Dave Goodman led the way, finishing 7th overall, while Rachel Harrenden was the first female finisher for GVH. 4 Harriers made the trip to Cassiobury Park in Watford. Lewis Trent ran well to finish 24th overall and Mary McCluskey was the first lady to finish, ahead of Kitty Cole and Ines Trent. 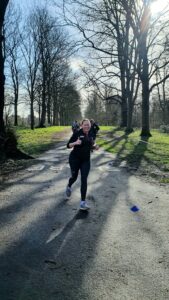 A non-random runner at Cassiobury Park

The MTRs have become a well respected fixture in the early part of the year as thousands of people are training for the “big 3” city marathons – Manchester, Brighton and London – which normally take place throughout April. In a “normal” year, Gade Valley organises a 12 mile run in January, 17 miler in February and a 20 mile run in March. The runs are not a race, but the club coordinates with the local authorities, police and the Canal Trust, provides marshals and water stops along the route as well as hot drinks and cakes at the finish, to provide a unique, supported training experience for up to 500 runners to help them prepare for their marathons.

Ongoing uncertainty earlier in the year forced the club to cancel the January and February MTRs as they couldn’t guarantee a Covid safe event. With the lifting of restrictions announced during February it was decided that it was time to bring the MTRs back for the first time since February 2020, before the first lockdown. Unfortunately, probably due to the London Marathon taking place in October this year instead of April, the attendance was not as high as has been the case in the past. The club felt that it was important to let the running community know that the MTR has returned, and will return in full next year, so the event went ahead as planned. 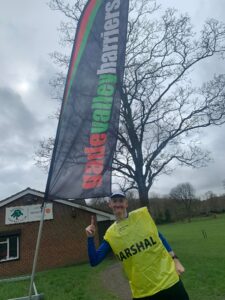 Never posted a photo of this bloke before

Around 60 GVH members arranged themselves at various places along the 20 mile route wearing high-viz clothing hoping that the rain would stay away. In the past up to 450 runners have taken part in the famous training runs but fewer than 120 people took part on March 13th. Whilst the attendance was very much down on previous editions, there were still enough runners to ensure that the club would make a surplus on the day and be able to donate funds to local charities, continuing a long held tradition.

As always, the club’s efforts are very much appreciated by the runners who take part on the day. Paul Mosely, a veteran of almost every MTR that the club has organised, summed up the general mood of the day as he said afterwards, “Absolute honour to be part of today. Not the turnout we’re familiar with but great feedback and appreciation from the runners and a nice spontaneous round of applause for [recently deceased local running legend] John Jales at the start. Well done everyone.” 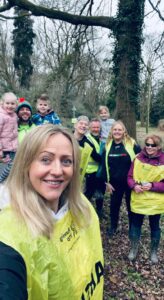 Club secretary Helen Cook passed on some messages from the runners taking part as she posted the following: “Please thank all the marshals and supporters on my behalf as they were all lovely and friendly, despite standing around in the cold and wet. Your club’s marathon training runs are one of my favourite runs of the year and I’ve missed them. You’re all doing a brilliant job and it’s much appreciated by me and the other runners. See you next year!”.

Another runner, running with the MTR for the first time said “Just wanted to say thank you for all the time and effort that went into the 20 mile training run today. It was my first time running this with you but it was a great route and the marshals were superb from start to finish. Thank you all”

Grateful runners also posted their thanks on the club’s public Facebook page, one saying “Thank you so much to all the wonderful marshals and organisers today. So nice to see so many friendly faces on the course. The encouragement is much needed and appreciated! Lovely tea and cake too” 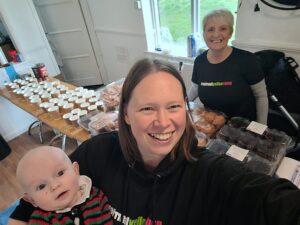 Some appreciation was also forthcoming for the famous water and jelly baby stop as one runner posted “Thank you Gade Valley Harriers! Another brilliant training run. Perfectly organised and lovely encouraging marshals. Special thanks to the young boy dressed as Spiderman handing out water at the top of the first hill. Thanks again, it was brilliant.” 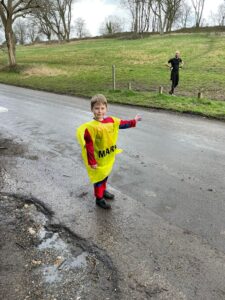 Clearly the lower than usual turnout and the wet weather didn’t dampen the enthusiasm of the participants. Having put the MTR back on to the calendar the club expects that the MTRs will return to the normal schedule in 2023 when the London Marathon will return to its customary April slot and hopefully the World in general will have returned to something like normal by then.