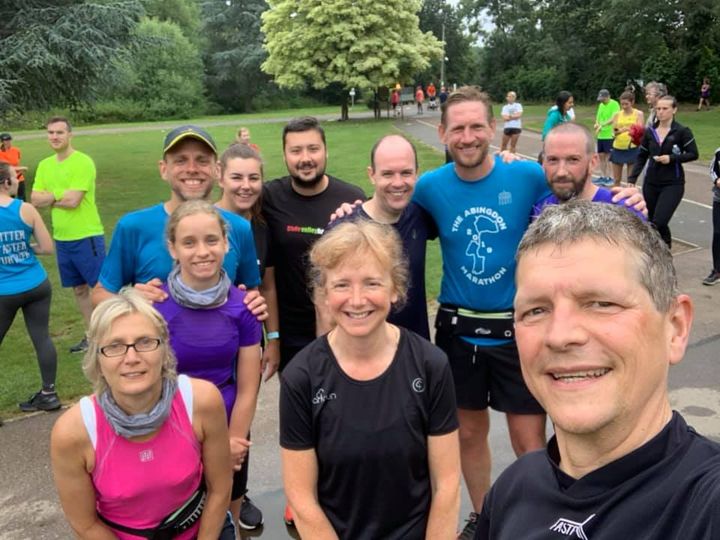 In the surest sign yet that something like normality is on the way, Saturday July 24th saw the return of Parkrun to England as restrictions lifted and most Parkruns gained permission to restart from their local landowners. Curiously, it seems that Parkruns in Scotland and Wales are still dangerous (and illegal) affairs but thankfully those of us based in England and Northern Ireland can enjoy a non-lethal run around our local park accompanied by dozens of like minded individuals.

Gadebridge Park hosts the local parkrun for Gade Valley Harriers and on its return there were 10 Harriers in attendance, 9 running the 5k distance and Helen Heathcote who was volunteering as tail walker. Matt Watt was the first home in 6th position. He recorded 19:39, a personal best for the tough Gadebridge course. Karis Thomas was the only Gade Valley woman running the course, finishing in 35:09 whilst Rob Bowler continued his excellent recent form coming in 21st in 22:39.

Rickmansworth Parkrun is always popular with local runners because of its consistently paved surfaces and complete lack of any gradient as its two lap course skirts the shores of the lakes in Rickmansworth Aquadrome. It was therefore no surprise to see 10 Gade Valley Harriers at Ricky on Saturday. 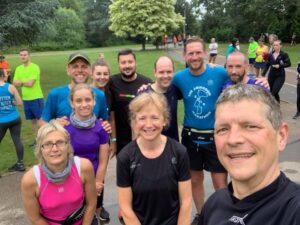 Nick Crowther, who was there with wife Susie and daughter Imogen, showed excellent form, coming in first for the Harriers in 8th overall position with a new course PB of 19:01. Antony Beamish and Andy Cook had a good race with Beamish beating Cook by 1 second and one place, the two of them finishing 14th and 15th. Kim Rodwell also had a great run with a new PB over the Rickmansworth course.

Black Park Parkrun is a very popular single lap course through the forest of Black Park Country Park near Slough and has long been a personal favourite of Harrier Vince Ellerby. Vince was the only Harrier at Black Park and he completed the 5k in 21:36, finishing 23rd out of 324 runners.

Skip Phillips finished in the top 10 in Higginson Park near Marlow, meanwhile Anthony Willcox and Amy Gostling were in Norfolk on holiday and ran the Blundall Park Parkrun near Norwich. Susie Ivin, however, won the Parkrun Tourism award for the weekend as she ran the Land’s End Parkrun. 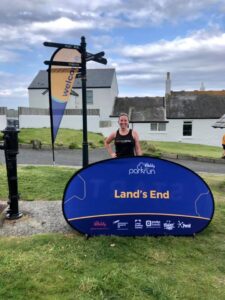 Elsewhere in the UK, Gade Valley exiles Peter and Nicole Tucker have been able to enjoy parkruns in Northern Ireland since June 26th. They have taken full advantage and on Saturday were taking on their fourth different parkrun course since the resumption. This time they ran at City Parkrun in Craigavon with Nicole finishing in 104th position, just under the half hour mark and Peter finishing in 162nd position. 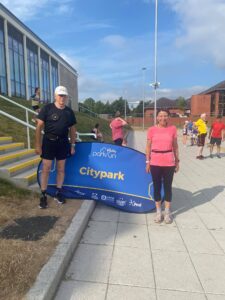 The Tuckers at Craigavon Parkrun

Outside of Parkruns 5 Harriers took part in various races. First of the weekend was Tracey Cotton who raced the Marston Forest 5k on Friday evening. Her time of 22:27 was good enough for 65th overall place and 4th out of 30 in her age category.

Al Flowers is something of an ultra marathon specialist and he spent Saturday running the Lakeland 50, a 50 mile race taking in some stunning scenery of forests, hills and, of course, lakes as the race started and finished at Coniston Water. Al enjoyed an eventful race suffering dehydration in the heat and sunlight as there was very little shade on the course. 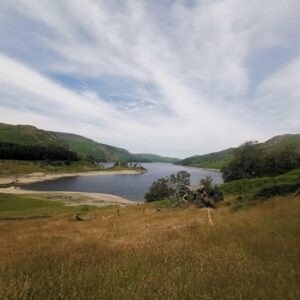 In the final third of the race he fell heavily on the descent to Ambleside and had to receive medical attention as he struggled into the next feeding station. Fearing he would be told to retire by medical staff he was relieved when he was told he could finish, “I could even have a good last third, I just needed to sit and be patient – eat two bags of salted crisps, some juice, and [take in a] litre of water”. After stopping for what he estimated to be around 40 minutes Al continued to end the race strongly. He completed the course in 11hours, 14 minutes, in 77th place. Although this was his slowest effort of 3 outings in this event it was his best finishing position, a testament to the difficulty of the conditions on the day. 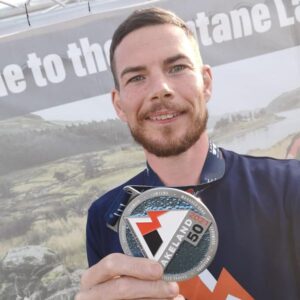 On Sunday Priscilla Pathak and Ciara Barry took on the RunningTribe Chiltern Run, a trail half marathon. This was the first attempt that either had made at a trail half marathon and they duly found the going tough (but enjoyable) as they lost their bearings on the self navigated route. Priscilla said “Unfortunately we lost our way a bit and had to trace back and ran nearly 15 miles, so the half marathon time isn’t very impressive”. Completing the course, enjoying the day and breaking new ground were all more important than the time taken. 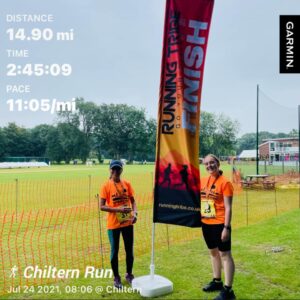 Priscilla and Ciara ran slightly more than a half marathon

Finally, no racing weekend is complete without Dave Goodman finding an event. He was taking part in the ASICS London 10k. This is a closed roads event in London and limited crowds were allowed to provide something of an atmosphere for the runners. Dave completed the course in fancy dress, dressed as either a Rastafarian banana or a large yellow chilli pepper, depending on how you interpret the costume, in 43:14 which he claimed was a fancy dress PB. As the club does not keep records of fancy dress PBs this claim can neither be denied nor confirmed. 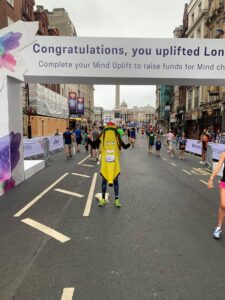 Goodman in his Rastafarian banana (or perhaps yellow chilli) costume