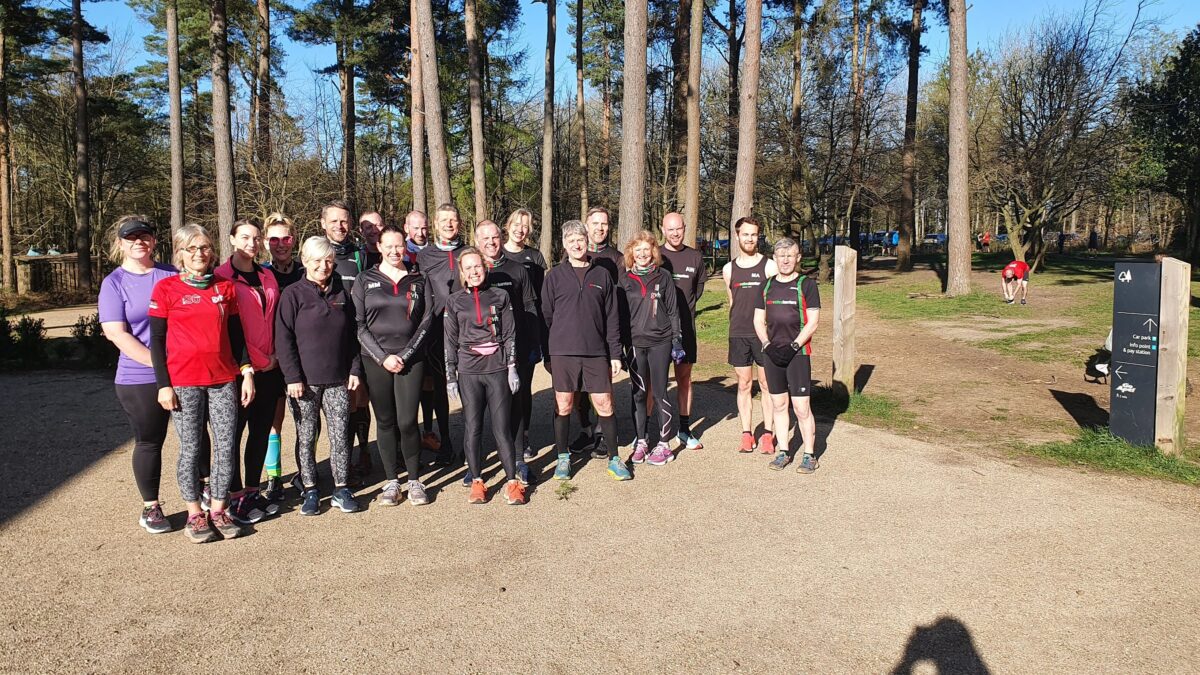 Saturday 9th April saw Gade Valley Harriers make the first stop on their summer Parkrun tours. Organised by head coach Ed Price, the club tries to get as many people together at the same park run, away from the local favourites such as Gadebridge and Rickmansworth, to enjoy a run that wouldn’t necessarily be on the usual agenda.

This time the venue was Wendover Woods. Anybody who knows Wendover Woods will not be surprised to learn that the 5km course is picturesque and very hilly. As Mary McCluskey said afterwards, “I thought I was running really well as I got to halfway so quickly, but then I realised that in order to get to the end I had to run all the way back up the massive hill that I’d been running down!” 19 Harriers in total took on the hills, 9 of them running at Wendover for the first time. 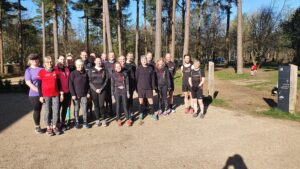 A fine group of runners in the woods

Matt Ashby continued his impressive recent form to lead the way for the Harriers (and the rest of the field), finishing first overall in 18:56. Anthony James also broke the 20 minute barrier, finishing 4th overall in 19:45. Chris Dowling, Anthony Willcox, Nick Crowther and Gareth Tucker all finished within a minute of each other, inside the top 20, closely followed by Jono Marval, Ed Price, Vince Ellerby (taking a week away from his usual Black Park outing) and Andy Cook. 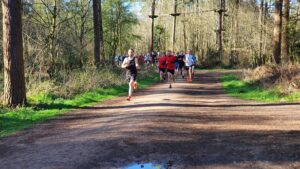 Sam Raffety (4th overall female) was the first lady home for the Harriers, followed by Sue Crowther and Helen Cook, respectively 1st and 2nd in their age category. Martin Storrie, Paula Cook, Gemma Tucker, Mary McCluskey, Ines Trent and Helen Heathcote made up the Harriers’ party on the day. After the run, coach Ed Price commented on social media: “Brilliant to see so many people at Wendover this morning for the parkrun tour. A beautiful morning for a run made even better by having such fantastic company to enjoy it with. Looking forward to the next one!” 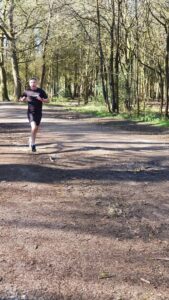 Keep that form going up the hill, coach!

On Sunday the Brighton Marathon returned to its usual Spring berth in the schedule. Only seasoned marathon veteran Dave Goodman made it to the South Coast from GVH for the event. After the race Dave said, “Greetings from sunny Brighton, today I took on my 59th marathon. The day started off nicely and I decided to push myself. Had a few niggles here and there but managed to cross the line in 03:48:57.” Referring to a mix up over the measurements of the course in 2021, he added, “A much better experience than last time and we covered the correct distance this time. I’m back in Brighton again in June this time taking on the first Brighton trail marathon.” 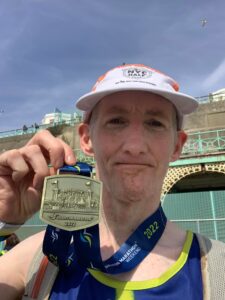 Would anybody notice if I started recycling photos of Dave?

Andy Newing is one of the founder members of GVH. In the 30 years since the club was formed he has spent more time on the club committee than off it during stints as Men’s Captain and Club Chairman. More recently, however, he has taken up the near full time occupation of updating the club website V60 records section after every race that Robert Bowler and Merlin Allan complete. 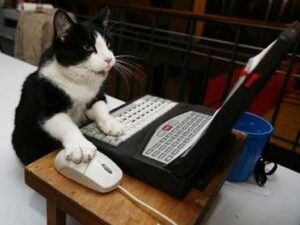 This week sees more work for Andy as Merlin continues to remove Robert (“temporarily”, as Robert has been heard to mutter) from the club records. Having taken two Parkrun V60 club records last week, Merlin took on the Kew Half Marathon on Sunday with only half an eye on the club record that had stood at 1:37:19 since Robert had set it 3 weeks ago. In fact, he had been targeting a different mark altogether as he said after the race: “Made it under my target of 1:40. 1:37:08 official chip time.” Robert showed he isn’t bitter about losing the record as he posted, “Nice one Merlin!” later that day. The whole club is looking forward to seeing the two silver foxes race head to head more, hopefully exchanging more records, in the coming months. 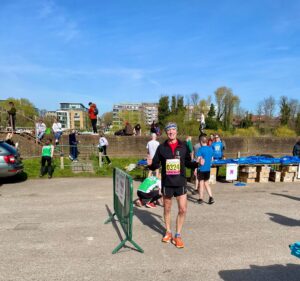 Trying to pretend he wasn’t aiming for the record