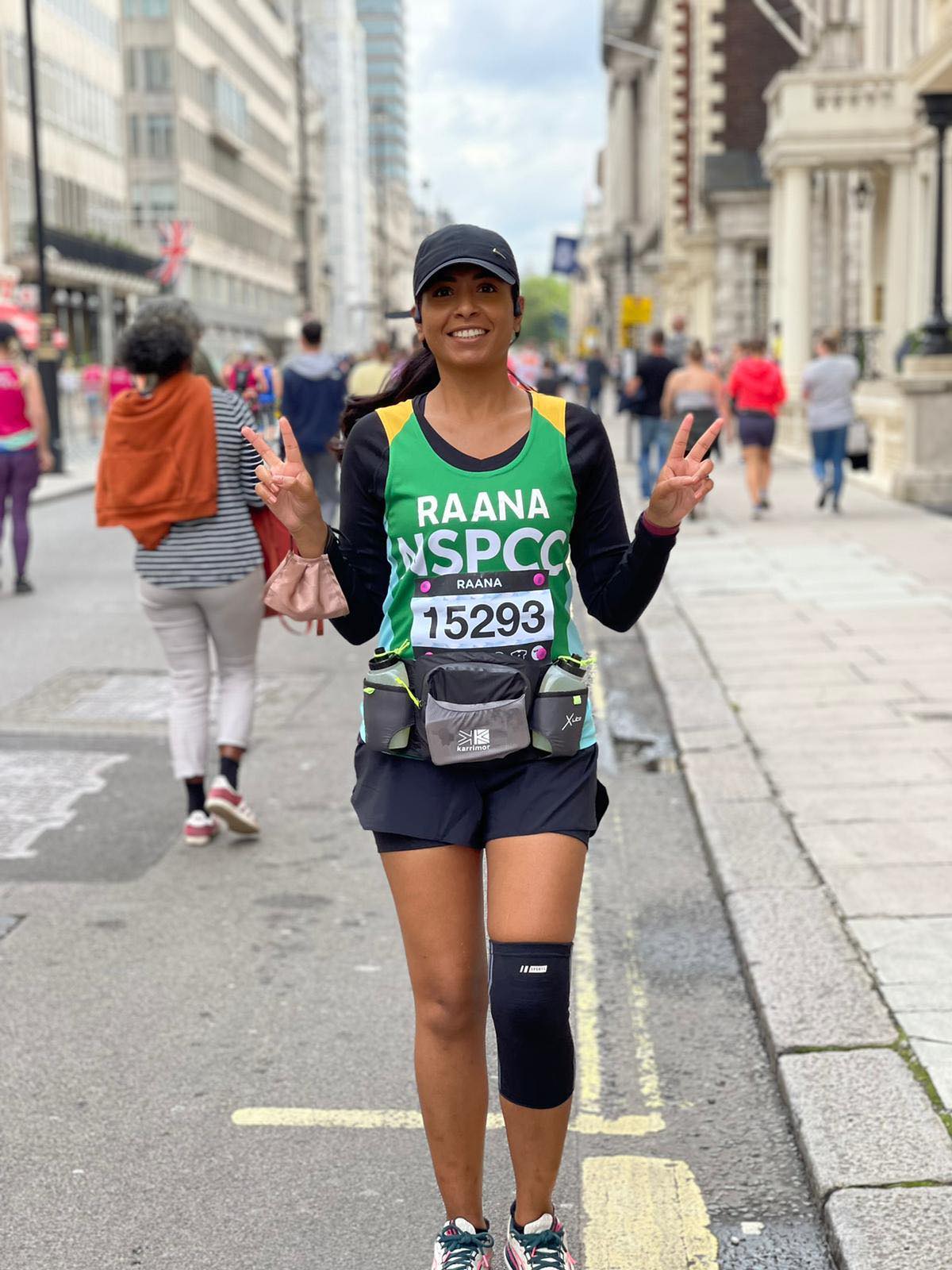 The last Thursday of a summer month for Gade Valley Harriers means it is time for the latest round of the summer long GVH handicap race. The start of the school holidays and perhaps the choice of various Olympic sports on TV saw a reduced turnout from previous months, creating an opportunity for more points for those taking part.

The runner to take fullest advantage was Dave Goodman. He finished strongly in a gross time of 27:17 taking first place, just over 20 seconds ahead of Simon Wheeler and Tracey Scollin in 2nd and 3rd, with Charlie Cadogen and Merlin Allan completing the top 5 finishers.

Further down the field Phil Mercer and Andy Cook both ran impressively to duck under 27 minutes, Kitty Neale continued her improvement through the summer and Robert Bowler continued to show solid form as targets the club’s V60 records that he becomes eligible for in the autumn. Gareth Tucker, starting last because of consistent good form, ran the fastest time of the day, 1 minute and 20 seconds ahead of Steve Newing, but could only finish 18th of the 22 starters as he suffered a punishing handicap.

Bringing up the rear of the field was James Birnie who, despite suffering from an injury problem that restricted his training in the weeks before and his breathing on the day, found the time to blame club chairman Andy Cook for his poor performance. “Andy advised me to wear the Saucony shoe instead of the Nike as it is allegedly better along the canal. So I turned up with a brand new pair (lovely looking shoes) only to see that Andy was in the Nike shoe. Definitely the last time I’m listening to that sandbagger!” 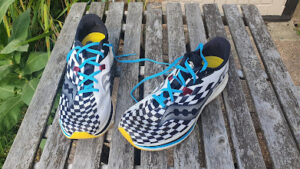 Saucony Endorphin Pro 2: Lovely looking shoes but they can’t make up for lack of fitness

Saturday morning saw various Harriers taking on various parkruns as they continued to enjoy the return of the weekly 5k runs. Matt Watt was the standout performer, taking on the Gorleston Cliffs parkrun during his family holiday in Great Yarmouth. He showed impressive form, running the course in 17:45, finishing 2nd of 237 runners.

16 Harriers were in attendance at the local Gadebridge Parkrun with Gwyn Pritchard showing good speed to finish 8th overall, a minute ahead of James Birnie and Ed Price. Heavily pregnant Mary McCluskey was running her first parkrun since the resumption having been in isolation the previous week and was pleased to complete the course fully 6 minutes ahead of the back markers.

There was the usual GVH contingent at Rickmansworth and Black Park while Tom North took on the very hilly and challenging Wendover Parkrun. Susie Ivin again took the spoils as tourist of the week as she joined 186 other runners at Heartlands Parkrun near Redruth in Cornwall. 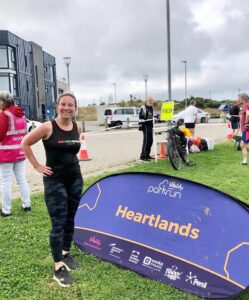 Sunday saw the Bearbrook 10k race near Aylesbury, usually well attended by Gade Valley athletes, offering the perfect profile for a fast 10k as the course rises gently for 7k and then descends for the final 3k to the finish. Clearly the club’s runners haven’t got used to the post lockdown calendar yet as head coach Ed Price was the sole Harrier at the event. He was taking it relatively easily as he paced his brother Tim to a new PB, the two finishing the course together in 50:42.

The London Landmarks Half Marathon is a popular race around the streets of London taking in some iconic sights. It starts near Trafalgar Square, within sight of Nelson’s Column, before proceeding east to the City taking in St Paul’s Cathedral, the Tower of London and Tower Bridge. The course then follows the north bank of the Thames, back along the embankment to Westminster Bridge, Big Ben and the Houses of Parliament before finishing on Whitehall. On Sunday 1st August, around 11,000 runners completed the 13.1 mile course.

Five Harriers, including Raana Christopher taking on her first Half Marathon, enjoyed the sights around London. Raana was very pleased to complete the course in just over 3 and a half hours as she builds her distances towards her first marathon later this year when she will return to compete in the iconic London Marathon. 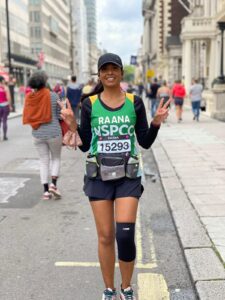 Dave Goodman was running a race in his Rastafarian Banana costume for the third of four consecutive weeks while fancy dress veteran Tom Langdown completed the course in perhaps the more sensible outfit for the weather, dressed only in a nappy. Tom said after the race “…delighted with a 1:29:51 at London Landmarks Half Marathon for Tommy’s charity – running in a nappy (fell apart half way through). Fantastic event, fastest half marathon in years!” Goodman showed strong form in the banana costume, finishing the race in 1:37:37. 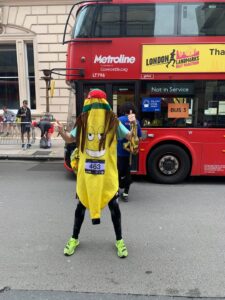 Leona Flaherty and Trevor Normoyle were the other Harriers at the Landmarks Half. Trevor enjoyed the surroundings and the crowd though was apparently disappointed with his performance. He finished the race in an extremely respectable 1:46:47 but commented that he had “…no running mojo today.” Leona expressed no such disappointment with her time of 2:06:31. She said she had a “…really enjoyable race though I did struggle the last few miles. One of my toes took a good bashing!” 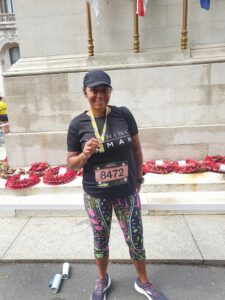 As many of us take our summer holidays we can reflect that although the patterns of the running calendar haven’t re-established themselves yet the signs are encouraging that we might see something more normal in the coming months. Most of us are hoping that the Home Counties Cross Country League will make a welcome return in October having been cancelled last year. It will be great if more toes could take more of a bashing at some of the traditional winter races and hopefully we will see the return of large numbers of Harriers running together in the coming weekends.