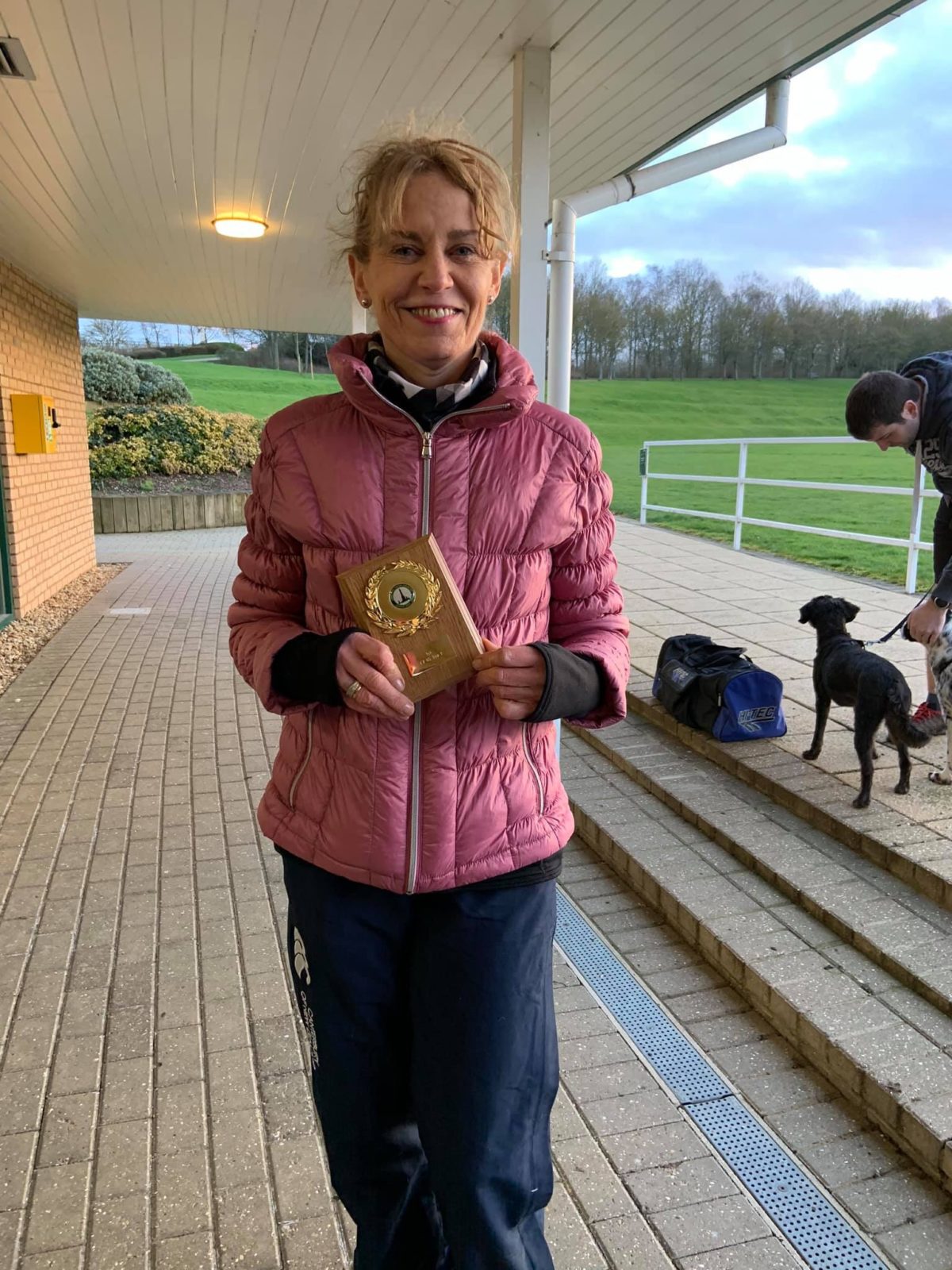 A lot of running clubs in the local area have a junior section and a running track, but Gade Valley Harriers base themselves in the humble surroundings of the Boxmoor cricket ground and, at the present time, have no youth set-up. Therefore, the club has always had trouble competing against its local rivals in the Chiltern Cross Country League and this season has been no different, especially as a lot of the club’s fastest runners have been unavailable for most of the fixtures. In fact, the first two male finishers from the club at each race last season, haven’t made a single appearance between them this term and so relegation was almost certain before Saturday’s season finale at Milton Keynes’ Campbell Park.

As the runners took to the field, the sun was shining brightly and the temperature was perfectly placed to make the race bearable, on one of the hilliest and toughest courses on the cross country circuit.

In a twist to the usual timetable, the men’s race preceded the women’s, after a day of junior events had churned up large parts of the course for the adult athletes.

Andy Symonds was the first Harrier to complete the five-mile course, crossing the line in a time of 32:28, and in 84th position overall, the only male club member to finish in the top 100.

Michael Linden lined up at all five league fixtures of the winter, and finished as one of the top three finishers from the club at each event. That, coupled with a time of 33:11 for this race, helped him to finish in 13th place in the male vet 40+ (MV40) individual standings for the season.

Jon Roberts (33:57), in contrast, was making his first appearance of the season, and led a trio of club members across the line who all finished within about a minute of each other; Tim Abbott (34:36) and Phil Heaton (34:59).

Dave Goodman (35:58) took a tumble on the first of the three laps, on one of the muddiest parts of the course, but recovered to finish ahead of Simon Wallis (36:09) who arrived at the venue just ten minutes before the race was due, to start due to a navigation error.

Ross Deacon (37:08) put in a great performance in his first race since a two month injury lay-off, and finished just twenty seconds ahead of Phil Mercer (37:28).

That meant that the men’s team had finished 13th out of 14 teams on the day, and were in 13th position after five fixtures, despite the veteran category managing a respectable ninth place finish.

So the climax of the season went to the lady’s team, and for the only time this season, they had a smaller turn-out than the men’s team.

Teresa Reason took to the start line knowing that the bronze medal for the FV35 category was hers for the taking if she kept to her usual high standard of running, and she didn’t disappoint as she finished third in her age group on the day, and 36th overall female – in a time of 24:47 – to pick up the third place award for the season.

Vicky-Crawley Wise finished the season as twelfth placed FV35, after scraping inside the top 100 in Milton Keynes with a 99th place finish, by completing the 3.25-mile course in 27:28.

Isabel Wilson (30:51) was just a few seconds behind and she was the first in her age category to complete the course, as she has been in all five races throughout the winter, meaning she finished the season as the league’s FV65 champion.

Angeline Cottrill (31:30) was another club member to complete a full-house of league fixtures for the season, and she finished ahead of Susie Ivin (32:04) and Mary McCluskey (33:02), who also took part in every race of the winter.

The ladies combined mirrored their male counterparts by finishing in 13th place on the day and and the veteran team also managed a respectable ninth place finish, but that meant they also finished the season in 13th overall.

Unfortunately that means after a record six seasons in Division 1, the Harriers couldn’t climb out of the bottom two, and relegation to Division 2 was confirmed.

It’s been fun mixing with some of the best running clubs in the North West Home Counties, but it’ll be much more fun battling for promotion than fighting for survival like the last few years. 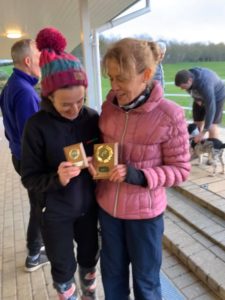 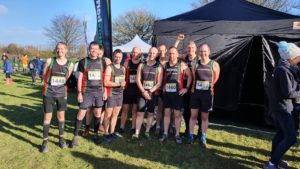 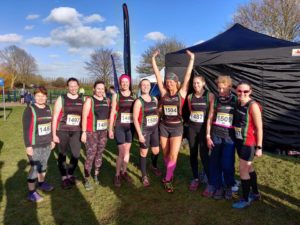