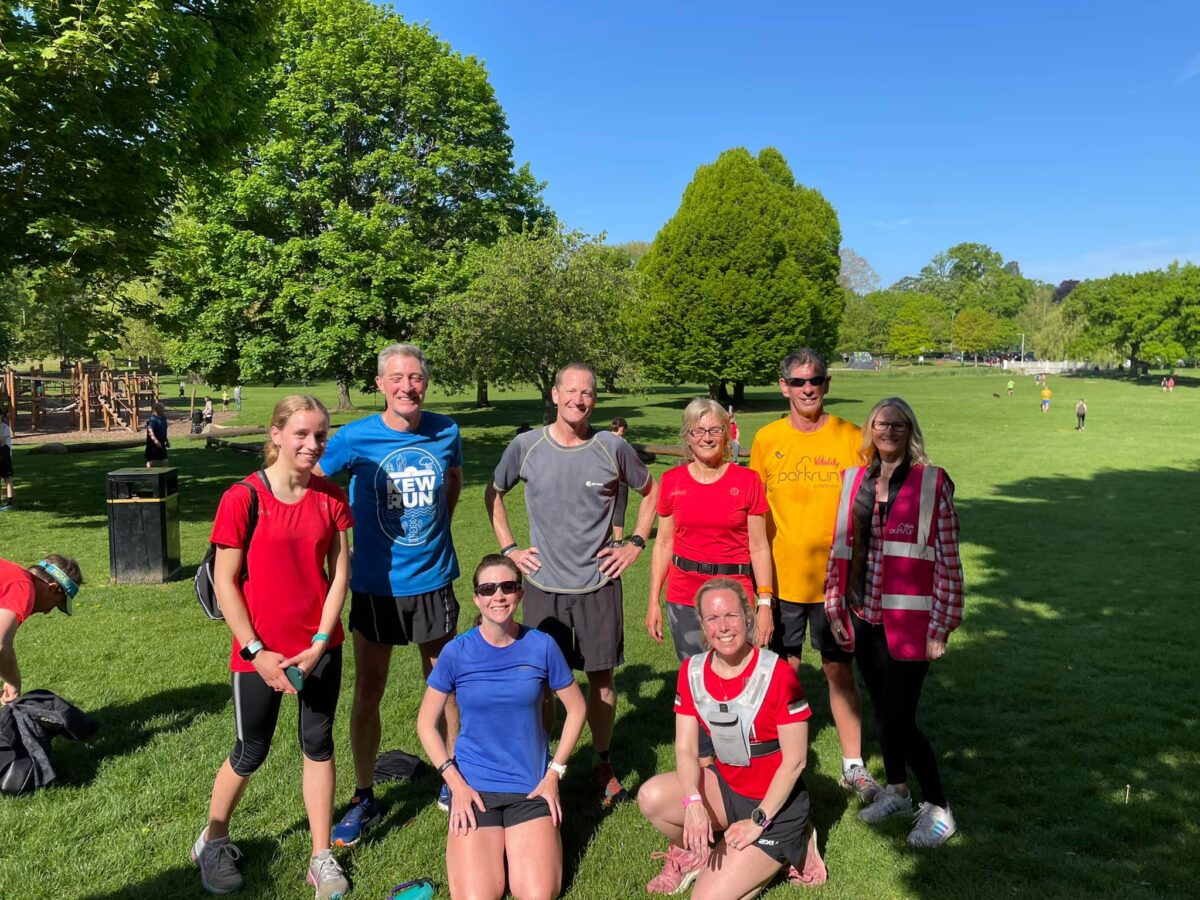 The weekend of 14th and 15th May was a relatively quiet one for Gade Valley Harriers as a handful of athletes took on various local parkruns and one intrepid couple took on the Eyam Half Marathon in the Peak District.

The weekend started on a sunny Saturday morning as various Harriers took on the local parkruns. 3 male athletes travelled to Rickmansworth where they were led home by Simon Wallis while 3 female Harriers took on the 5k at Verulam Park in St Albans where Karis Thomas was the first Harrier finisher. Vince and Lewis Ellerby made their weekly trip to Black Park where Lewis finished a few places ahead of his dad while Caron Williams, Tracey Cotton and Susie Ivin ran solo at Cassiobury Park (Watford), Barclay Park (Hoddesdon) and Bicester Park respectively. 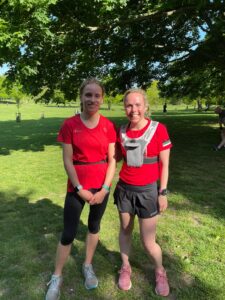 1st and 2st for Imogen and Sam

There was a larger turnout at the Gadebridge Park where 11 Harriers took on the hilly challenge of our local Parkrun. Anthony Willcox was the first Harrier to finish with Gwyn Pritchard, Merlin Allan and Skip Phillips also running strongly. The standout performance of the day was from Imogen Crowther who finished as 1st overall female, just 16 seconds ahead of Sam Raffety who was the 2nd overall finisher. Sue Crowther and Kim Morgan completed a strong showing for the Harrier ladies at Gadebridge, finishing 6th and 8th overall. Jono Marval Anthony Fogden and Neil Harper also ran at Gadebridge. 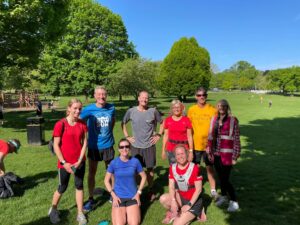 After the plague of ultra marathon running last week, Sunday was almost deathly quiet as the only Harriers taking part in organised events were Helen and Andrew Terry, at the Eyam Half Marathon. According to its Facebook page, the Eyam Half Marathon “…is an iconic road half marathon starting and ending in the historic Peak District ‘Plague’ village of Eyam. Stunning views and warm welcome guaranteed!” 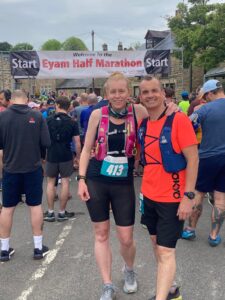 Helen was later complimentary about the warm welcome from the crowds in the Peak District but less enthusiastic about the warmness of the weather, saying “[it was a] lovely race but the shower and cloud forecast turned to full sun and heat!” The heat didn’t turn out to be too much of a handicap as Helen, running with husband Andy, completed the course 10 seconds quicker than previously, finishing in 2:21:11.