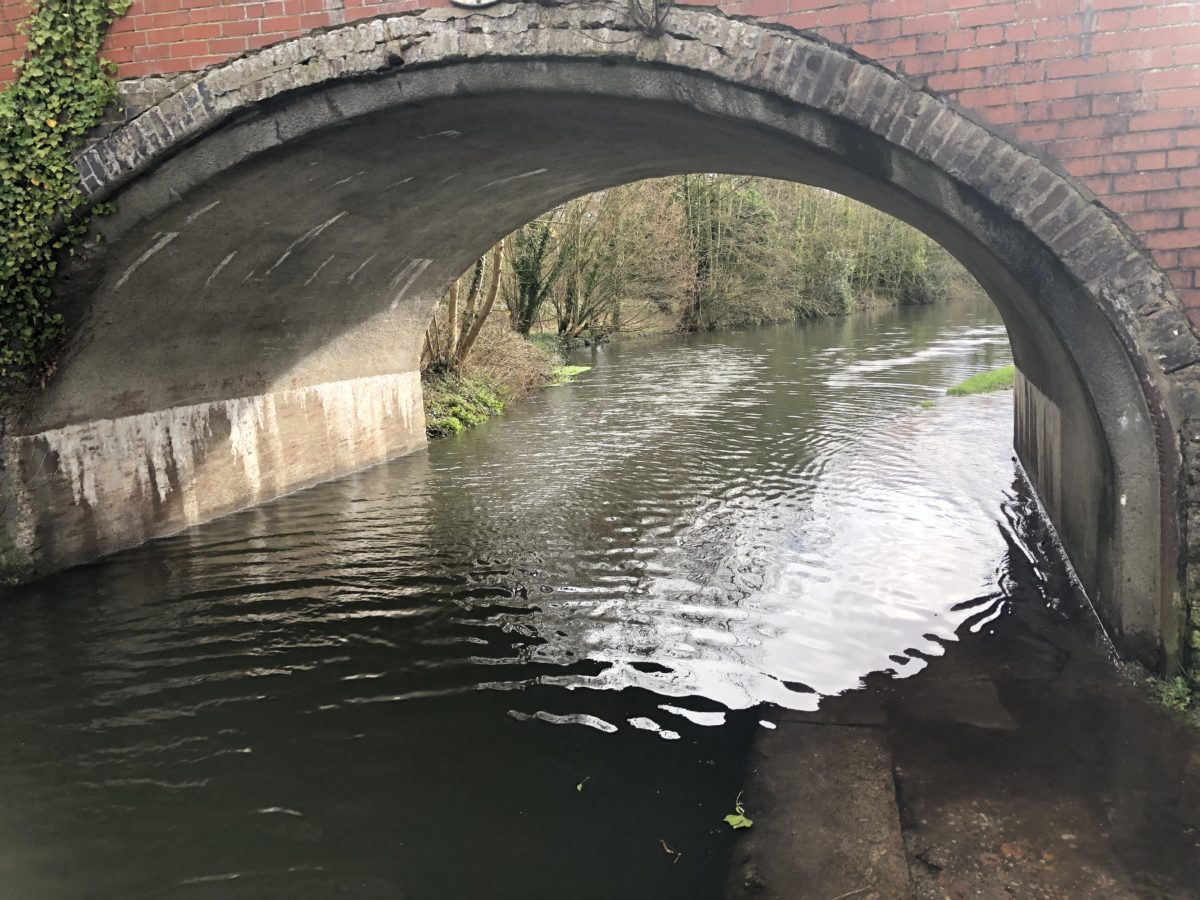 While Deontay Wilder was battering Tyson Fury in the boxing ring, the winds were furiously battering Hertfordshire’s countryside which put Gade Valley Harriers’ 17 mile Marathon Training Run, which was scheduled for Sunday morning, in serious jeopardy.

A whole range of people from 3 hour marathoners to new runners making their debut in the 26.2 mile distance rely on the event taking place every year as they prepare for their spring marathons.

The run organisers had already been forced to alter the usual route, which had been used annually for the last 25 years, due to an event at the Ashridge Management College.

But unexpectedly high winds and large rainfall in the hours leading up to the run meant a last minute decision had to be made on whether it was safe to proceed with the event or not.

So a quickly re-revised route was put into place to ensure that a three mile section along the tow path at the start of the route was avoided, and the training run went ahead as planned. And after a windy start and a series of showers throughout the morning, 545 aspiring marathon runners were safely shepherded around the hilly, country lanes between Hemel Hempstead and Ashridge. It was a lower turnout than for the 12 mile event which preceded it last month, but that was probably mainly due to the inclement weather.

After the event, many participants took to social media to thank the club for their hard work in ensuring that the run went ahead despite the adversity. The marshals were also thanked for still being joyful and encouraging despite having to stand out in the driving rain, especially the “mini marshals” – the children who gave out jelly babies on the route.

Hopefully, the 20-mile run on 22nd March will go ahead with less complications.

There was also a small number of club members who took part in races over the weekend.

Helen Heathcote and Tina Searle were in slightly different climates as they enjoyed sunny and warm conditions in the Seville Marathon in Spain. Both completed the course in around five hours. Closer to home, new member Sarah Shillabeer took part in her first ever half marathon, at the Brighton Half, completing the 13.1 mile course in 1:54:00, and Leona Flaherty completed the Hampton Court Half in 2:03:38. 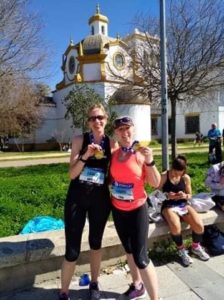 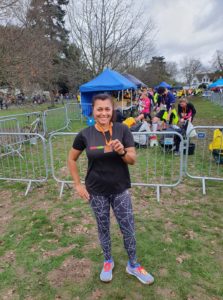 Flaherty after her half