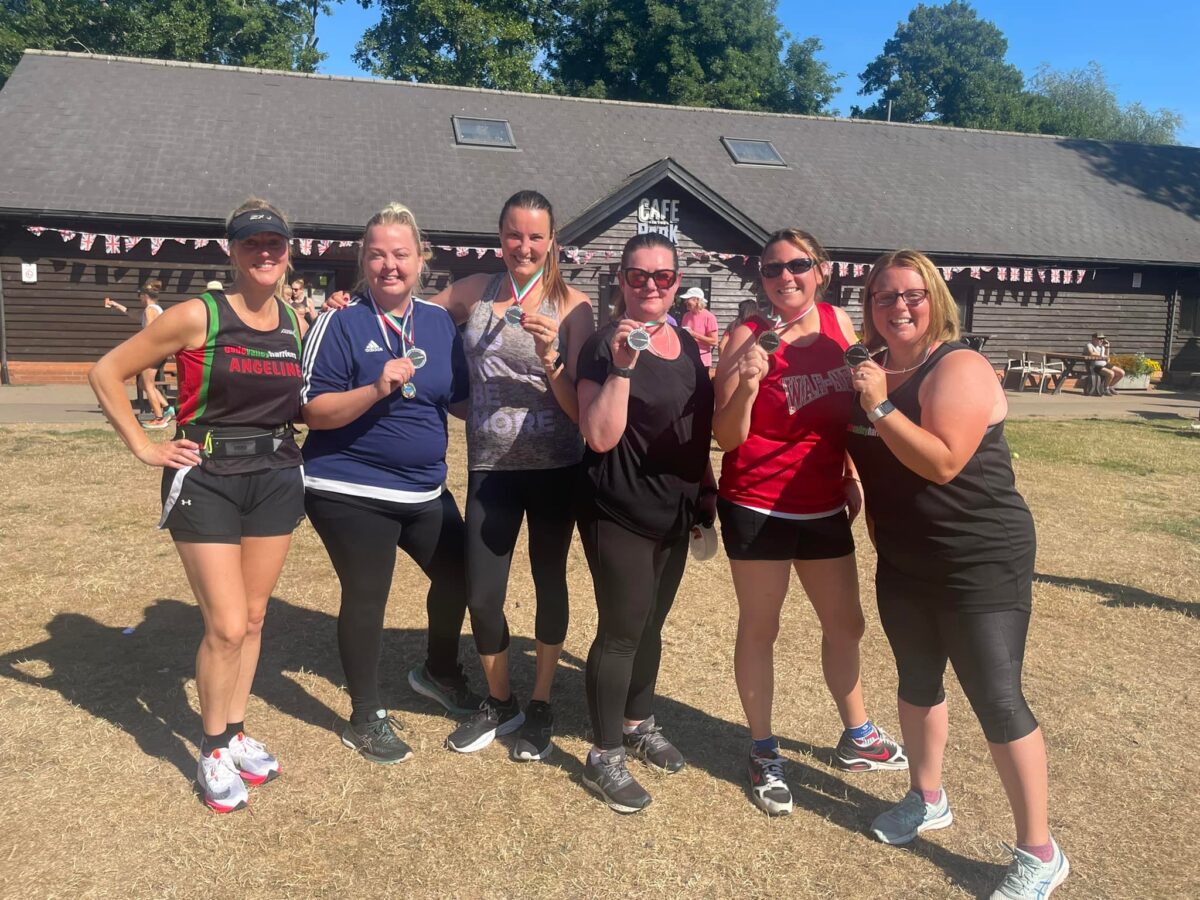 There was no racing for Gade Valley Harriers over the weekend of 16th and 17th July but something much more important took place on Saturday as the latest group of students from the GVH Learn to Run course graduated into the world of running by taking part in the Rickmansworth Parkrun. 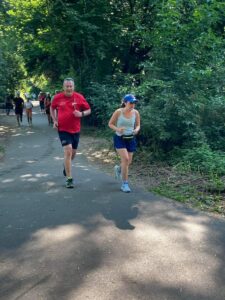 Gade Valley runs (every pun intended) a Learn to Run course during the summer every year but the pandemic ensured that there hasn’t been a L2R graduation since the class of 2019. With the pandemic apparently having passed the club coaching team, led by head coach Ed Price, brought back the L2R course and took 11 people with little or no previous experience of running all the way to completing a 5k Parkrun. 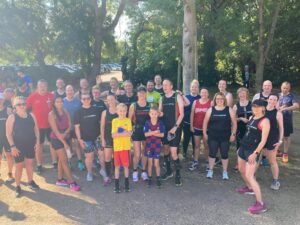 Some L2Rs, some who’ve been around a bit longer

25 Gade Valley athletes thus joined 11 Learn to Runners at Rickmansworth Parkrun on Saturday morning making a very large contingent of Harriers at the popular, fast course. Matt Ahsby again excelled for the Harriers, finishing 3rd overall in a superb time of 17:10. Stu Gallagher and Nick Crowther also finished in the top 20 inside 20 minutes with coach Ed finishing in 20:01, 3 seconds ahead of Anthony Willcox, who is feeling his way back from long term injury. 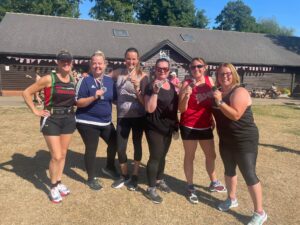 Tracy Cotton was the first Harrier woman to finish, in 6th place overall, just over a minute, and four places, ahead of Sue Crowther. Isabel Wilson put in the performance of the day for the Harriers, finishing 1st in her age category, over 5 minutes ahead of the next runner in that category and scoring the third highest age grading out of 381 competitors. 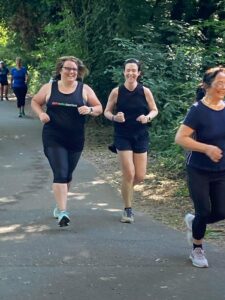 Kim did L2R a few years back you know!

Of the learn to run graduates, Marina Christie put in the most impressive performance, finishing the 5k in 28:32, in 192nd overall position. Millie Grundy also impressed, stopping the clock at 31:03. Alison Scott was next just ahead of Jemma Jackson, who managed to beat the 40 minute mark by just 6 seconds. Raana Christoper, Karen English and Rosemarie O’Donnell were all proud finishers. 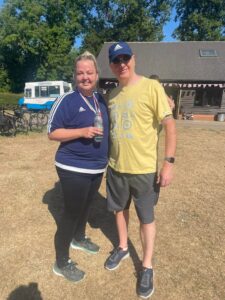 Anita Fenoughty, Shannon Foy, David Deacon and Nikki Schurer were also on the list of L2R graduates but either didn’t make it to Rickmansworth, didn’t listen carefully enough to the instructions of how to register for Parkrun or forgot their barcode as their results don’t appear on the official list. 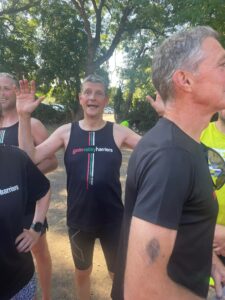 No medal but a guaranteed stupid pose, bear suit or not!

Since the club has been organising the Learn to Run course there have been several cohorts of runners, most of whom have continued to run with the club, get fitter and faster and enjoy themselves. Some of the graduates have gone on to become very accomplished athletes with at least two having completed marathons and ultra-marathons in subsequent years. Here’s wishing all the best to the latest group of Learn to Run Graduates.

Full Results from Rickmansworth (as far as I can tell)

Missing in Action, hope to see you soon!