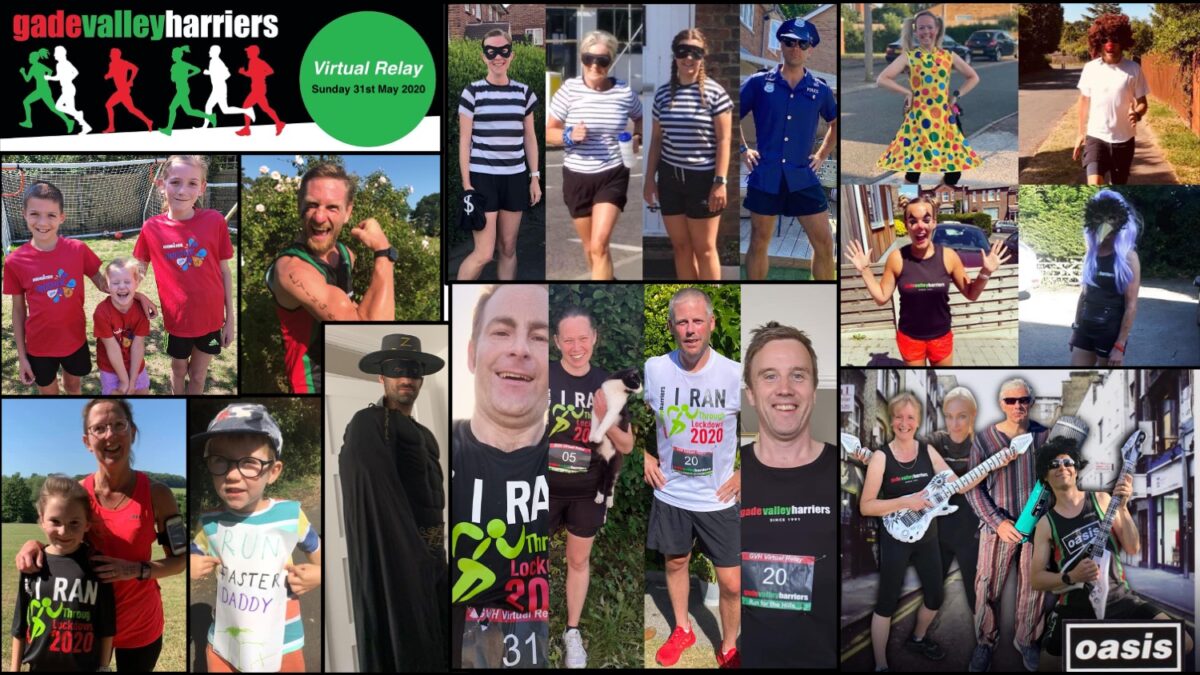 Alongside the GVH Virtul Relay on Sunday was the Junior Virtual Relay, which saw six teams of three or four children go head to head to complete ten miles between them. The rules were simple – run from home, run with a parent or responsible adult and only one member of each team can run at a time. With a range of ages from as young as six, up to 14, taking part, the teams had been put together as fairly as possible and siblings were kept together to avoid any household civil-wars.

Teams were competing for most consistent splits and most elevation, as well as the fastest team. Indiviual awards were also up for grabs for the fastest mile.

As soon as 8:00am struck the first runners were out on the streets, most of them running with a parent who was competing in the adult event so they had to plan their runs to allow for that.

The main battle seemed to be for consistant splits as four teams all came very close.

The Iron Kids (which was made up of Lydia, Aiden and Ryan Hardiman – whose parents Craig and Kirstie have both completed an Ironman Triathlon in recent years) and The South Hill Strollers (Sean & Isla Stobie, Joely Burrows and Rory Stewart) both picked up third place behind The Virtually Fast Team (Eliza Peters and William & Jess Terry). The Copwells (Scarlet & Brandon Cooper and Sam & Harry Wells) recorded the  most consistent splits between them to take first place.

The same teams fought out the elevation category with The Virtually Fast Team being closely beaten by the Copwells and The South Hill Strollers, to take the top three places.

A couple of different teams won the fastest team prizes though, with Junior Team 4 (Ross Geary, Harriet Kenny and Finley & Ellen Linden) being so focused on their training and planning for the big day that they didn’t even have time to come up with a team name!

They picked up the bronze medal, behind silver medallists The Incredible Lockdown Juniors (Lola Whiston, Jack Sparks and Imogen Crowther) and the winnners The South Hill Strollers.

The fastest mile was hotly contested between some of the older runnners as both the boy’s and girl’s fastest mile’s were completed in exactly the same time.

We might not have a junior section at the club yet, but watchout rival clubs – we are coming to get you.