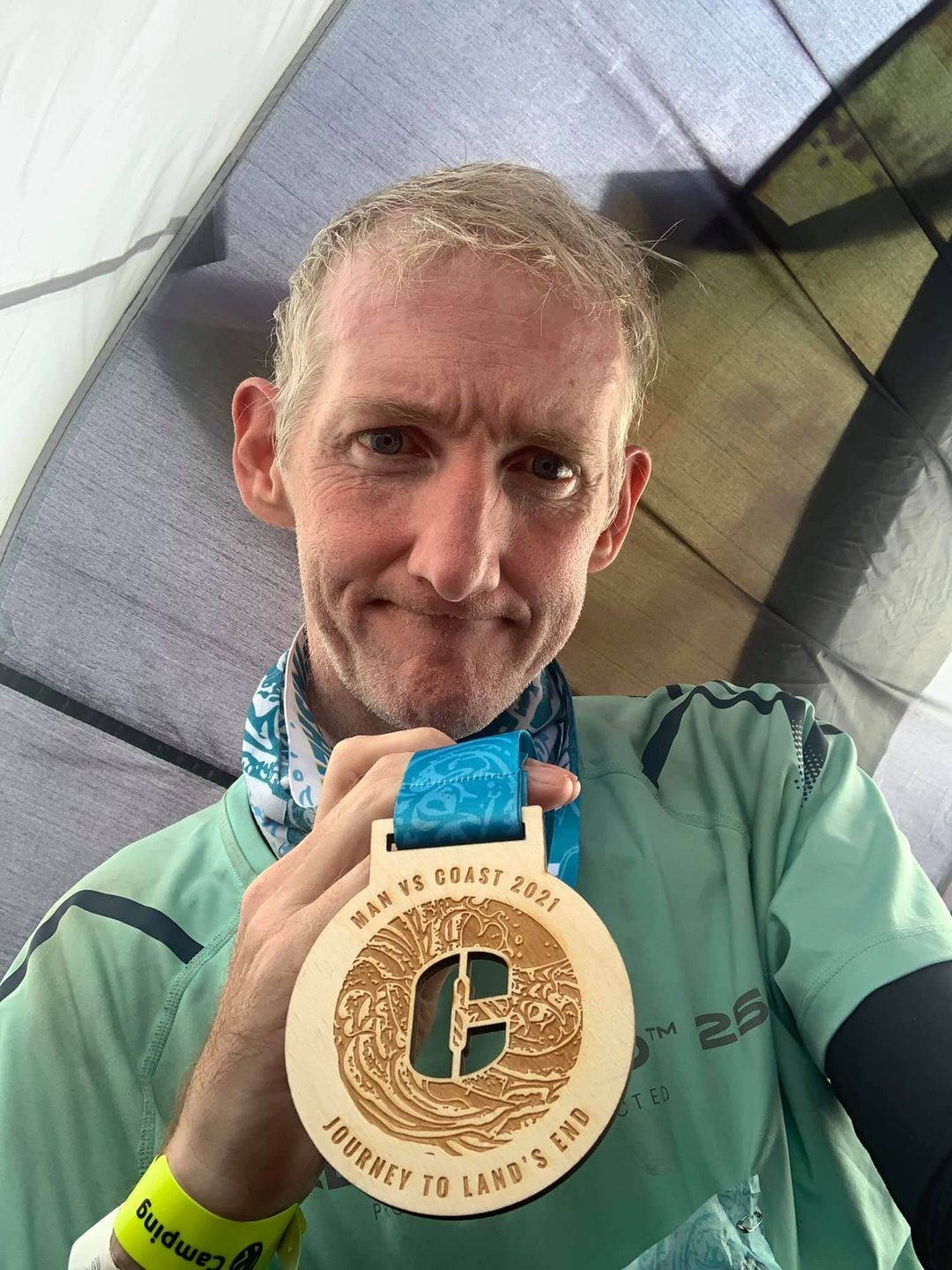 Many people woke up on Sunday morning with a hangover. It isn’t clear where this collective hangover originated but rumours suggest that it was something to do with “coming home and drinking the Semillon too easily”. Although some things in the world seem to slowly be returning to “normal”, the familiar rhythm of running events throughout the summer hasn’t yet caught the general mood. Accordingly, after a busy week last week, there were far fewer Harriers racing on the weekend of 3rd and 4th July.

One Harrier who can detect racing opportunities with a degree of sensitivity somewhere close to a shark’s ability to detect injured prey is Dave Goodman. He spent his weekend down in Cornwall and on Sunday July 4th he took on the Man vs Coast “marathon”. This event is around 25 miles, just short of a marathon distance, starting on a beach at Penzance, crossing to the north coast of Cornwall before proceeding down the coast to finish at Land’s End.

Dave said “The views were amazing and the pit stops and the volunteers were fantastic.” He completed the course in a time of 6 hours, 18 minutes and 55 seconds. The course started, according to Dave, with a nice little dip in the sea followed by a 10km climb. There were a few more steep climbs, a jump from a small cliff side and a challenging finish climbing over boulders in Land’s End. Dave showed once again that he is no mug as he collected surely one of the best looking medals for his trouble. 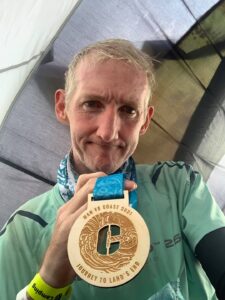 Also on Sunday Robert Bowler was the sole representative of the Harriers at the Ware Running Festival. There was a 10k and a 10 mile event as well as shorter events for children. Robert took on the 10 mile distance, saying: “The small field of 250 runners skipped around a mixed terrain route that seemed to combine familiar hills, canals and paths reminiscent of our home turf in Hemel. Whilst the race is meant to be undulating, it should hold no terrors for any GVH runner used to our local training routes.” Robert proved true to his own assessment by putting in a strong performance to complete the course in 1:13:51 finishing 34th overall and 8th in his age category. 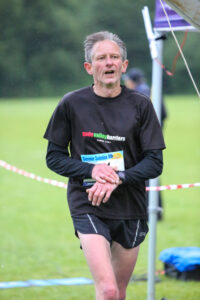 Robert probably looked like this before collecting his medal

Sunday also saw three Harriers take on the Venture Trails Collective “Rail to Trail Hemel” event. This is an event run by a group which grew in popularity throughout the lockdowns as outdoor social running was one of the few types of group gathering that was permitted at various stages. The event is a social guided run which started at Hemel Hempstead Station, proceeded to Bourne End then onto the trails up to Whelpley Hill, Ley Hill, Flaunden and Bovingdon before returning back to finish in Boxmoor. 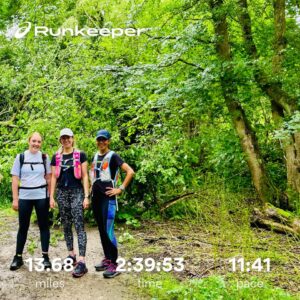 No Medals but no Mugs either!

Priscilla Pathak, Nicky Moore and Ciara Barry enjoyed the weather and the route as they collectively completed a trail half marathon for the first time. This was not about running a fast time, it was about enjoying the countryside and the sometimes challenging terrain, as Priscilla said afterwards, “it was a challenging route, but a very relaxed guided run”.

Enjoying herself in a slightly less relaxed fashion was Kirstie Hardiman who competed in the Outlaw Half Holkham on Sunday. This is a half ironman distance triathlon meaning that Kirstie swam 1.2 miles, cycled 56 miles and ran 13.1 miles to finish. “It was a shocking swim”, she said, “very weedy and ducky, possibly my slowest half swim. Great bike ride, reasonably flat and fast. Tough run of 3 laps around Holkham House with a mile climb at the start of each lap. Overall, I’m happy I survived.” Kirstie did more than just survive as she completed the course in 6:37:38, 178th of 312 women and 17th in her age category. 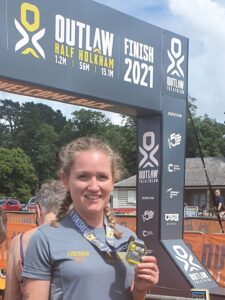 A Fine Medal for Kirstie