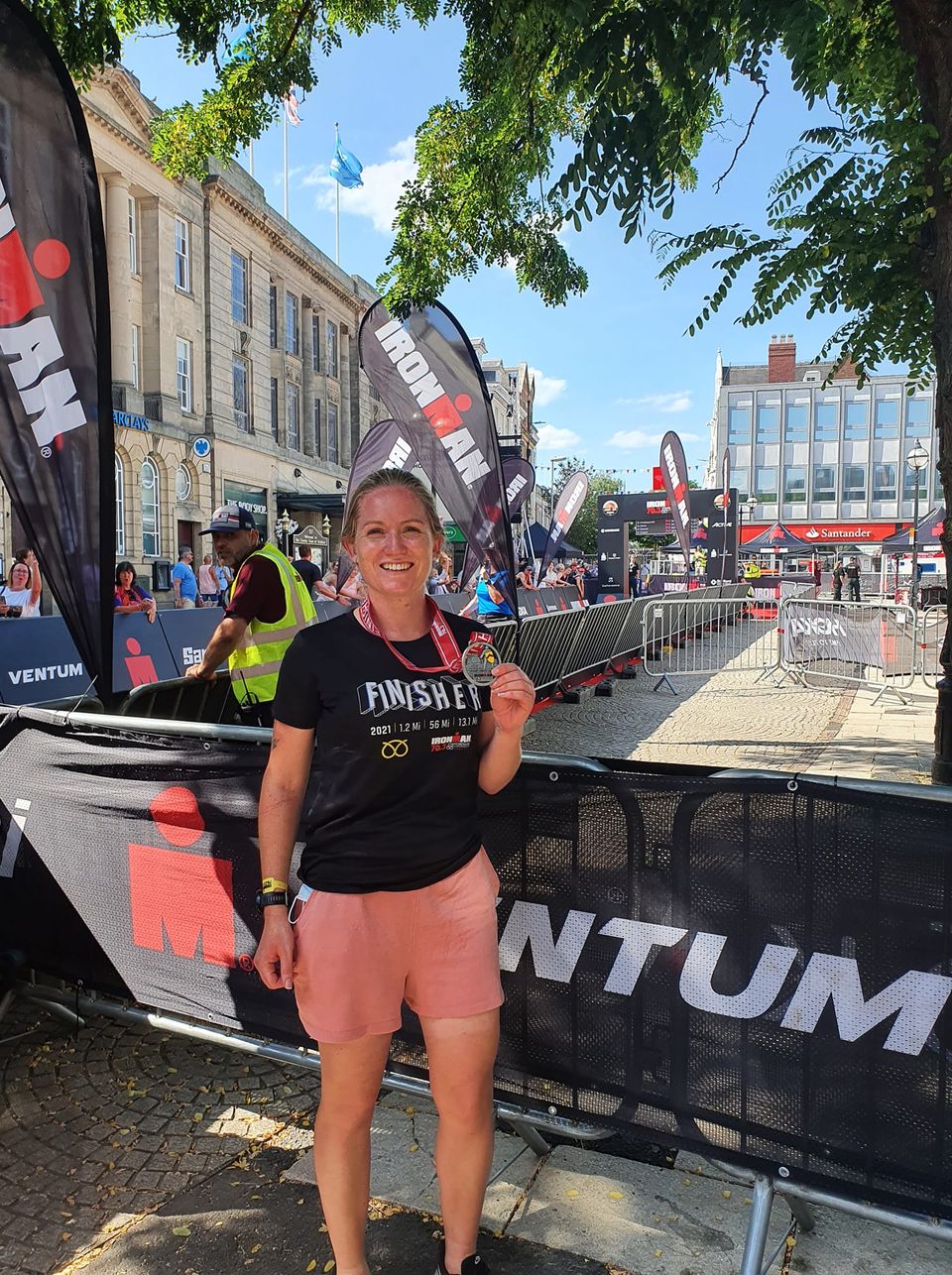 In the weekend when most of England hoped that football would come home, but a tall young Italian man took it to Rome instead, there was still time for some of the Gade Valley Harriers to take part in some challenging competitions before the barbecues, alcohol and crushing disappointment (with a hint of deja vu) set in.

As is often the way, Dave Goodman showed the Harriers there is almost always a good race, or even two, to be had on the weekend. On Saturday he took part in the appropriately titled Maverick Adidas East Sussex whilst on Sunday he joined teammates Robert Bowler and Priscilla Pathak at the Vitality London 10k, this year taking place in Hatfield.

The Maverick East Sussex is a trail based event and offered three distances to competitors. On Saturday July 10th, Dave opted for the long distance, which was around 23km. After the race Dave said “the pit stops were well stocked and we even had some spectators in the form of sheep. In the whole it was a great event, very well organised. Roll on tomorrow for a nice little 10km”. Technical issues at the race meant that Dave’s time was not recorded but according to the man himself he completed the course in 2:23:19 which, if confirmed, would place Dave around 70th position of about 160 finishers. 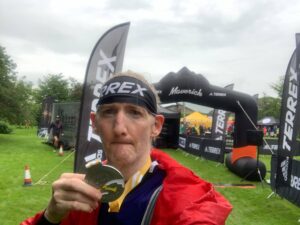 On Sunday 11th July at Hatfield, the small Harriers contingent was led home by Robert Bowler who continued his strong recent form, and his countdown to being eligible to attack the club’s V60 records, posting 44:00, finishing 127th overall and 9th in the V55 category despite being probably the oldest competitor in the category. Dave Goodman was next home, clearly feeling the Maverick fatigue in his legs, in a still excellent 47:16 in 225th place. Priscilla Pathak was the only Harrier woman to take part, she finished the course in 57:39 just outside her PB in a superb third place in her age category. She said “Not my PB, sadly, but glad to be taking part and feeling strong”. 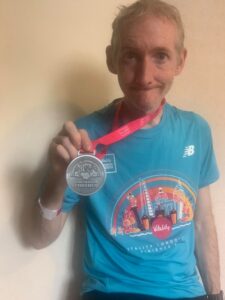 Sunday also saw Andy Wells take on the Cotswold Classic Half Ironman. Unseasonable weather disrupted the usual triathlon format leaving competitors somewhat disappointed. Andy takes up the story: “Well that was a different Cotswold Classic. The lake was clear at 5am but by 6am mist had descended and it still hadn’t cleared by 7:30 so the swim was cancelled for safety reasons. I improved on my bike and run from last time so I was pleased with the effort but disappointed to miss the swim”. Andy completed the 56 mile bike ride in 2:52:49 and the 13 mile half marathon run in 1:48:10 giving him a total (including the transition) of 4:42:51, placing him 327th out of 762 finishers. 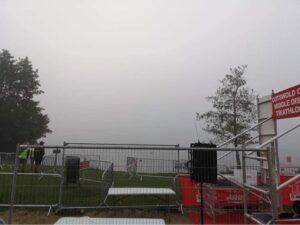 The Fog on the Tyne might be mine, but not this stuff in the Cotswolds

Sunday 18th July saw a few Harriers taking on various races with Dave Goodman once again proving his ability to sniff out a race opportunity. He was again going Maverick, this time the venue was the countryside around Princes Risborough for the “Original Buckinghamshire Maverick”. Dave said after the race that “…the sunshine made the inclines feel like mountains. I’m just happy to finish”. He did more than just finish, clocking 2:31:53 and finishing 110th out of 190 in the race. 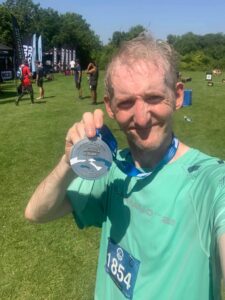 Elsewhere on Sunday, Guy Woollett endured a long trek from his home in Bovingdon to Bovingdon Airfield for the Herts Fast 5k race. Clearly local knowledge was to the fore as Guy finished 14th overall out of 82 starters and 1st in his age category. There was also a 10k race over the same course with two Harriers taking part. Priscilla Pathak continued her strong recent form in the searing heat, coming in just under the hour mark in 59:11 and finishing first in her age category. John Roberts represented the Harrier men in the same race and posted a superb time of 38:58, coming in 9th overall and also finishing first in his age category.

The final Harrier to finish on the weekend was Kirsti Hardiman who took on the Staffordshire Half Ironman (is it not time they rebranded to Ironperson?) on Sunday. Over the course of the 1.2 mile swim, 56 mile bike ride and 13.1 mile run this race took in Chasewater Lake, medieval castles and the old market square of Stafford. Staffordshire was sweltering as the rest of the country was and the half ironman distance ensures that competitors have to battle the fierce heat as well as the distance and the geography. 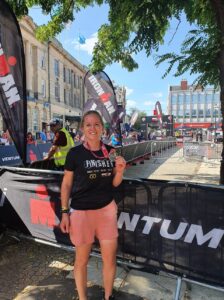 Kirstie was determined to enjoy the experience and she said after the race “Great swim at Chasewater, lovely lake, I just had to stop to let a family of swans swim across the course. Bike was beautiful but tough, lots of technical turns and I think they saved all the 2,600ft of climbing for the final 20 miles. The run was crazy hot. I started running at 1pm and had to give up any target time and just make it to the end. Had lots of lovely chats with everyone at the water stops instead and just enjoyed the atmosphere.” Kirstie finished the demanding course in just over 7 hours, coming in 131st female out of 172 and 16th in her age category.