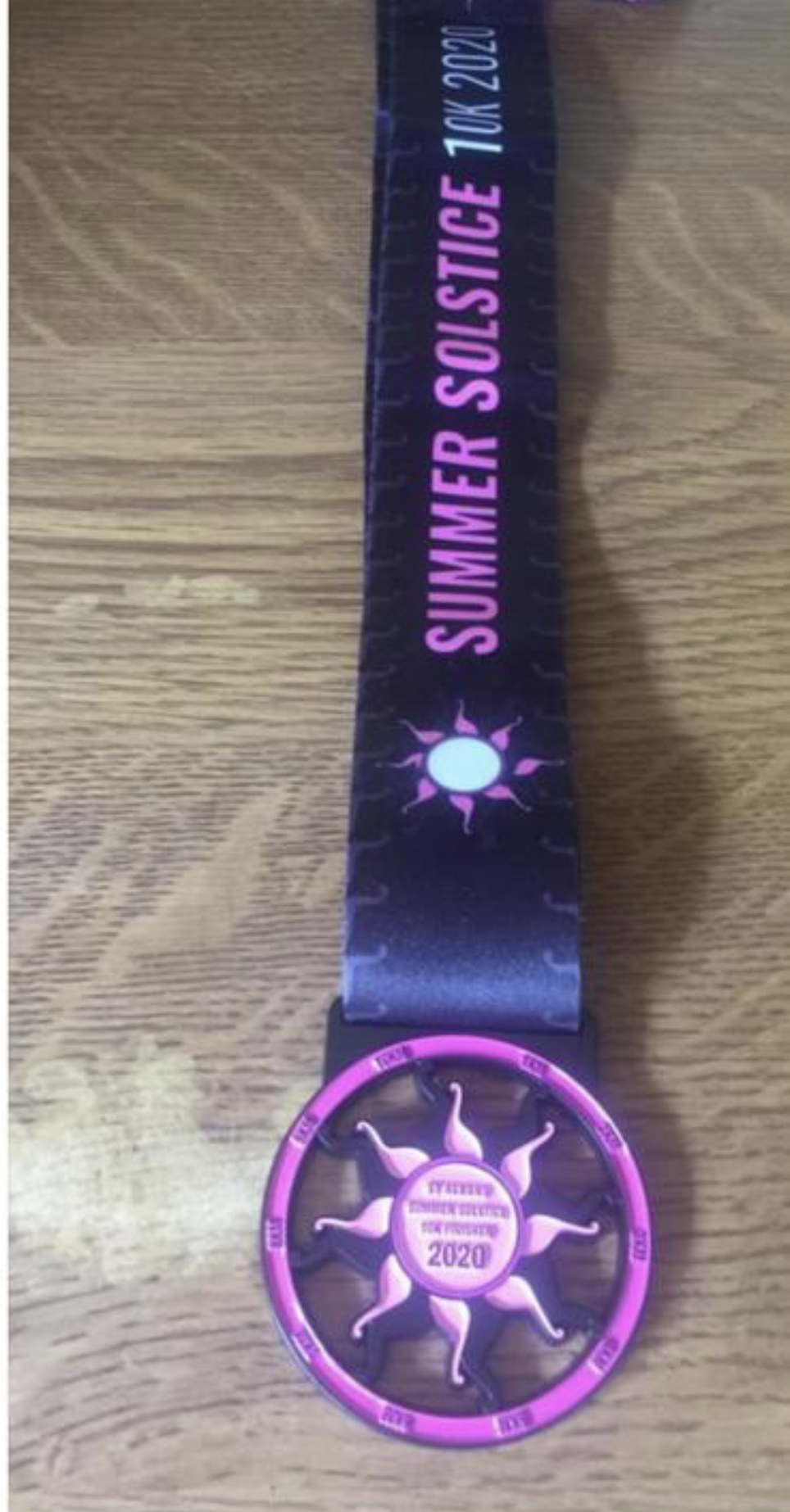 Considering there were no physical races in June, it was a pretty busy month for members of Gade Valley Harriers, as virtual races became more and more popular.

The summer solstice is usually marked by a Friday evening race along the Alban Way in St Albans. For the last couple of years it has been hugely popular for club members, many of whom have grabbed personal bests (PBs) despite the unusual start time.

This year, participants were able to choose their own 10km route and could run it anytime over the corresponding weekend. In a bizarre twist to how these things usually work, medals (which were bright pink and massive) were sent out before the weekend, so celebrations started before anyone even crossed their proverbial start lines!

A plethora of club members took up the challenge, with many of them re-enacting the race day experience by racing in socially-distanced groups. One popular route was along the lanes towards Berkhamsted and then returning along the main road, while others chose an out-and-back route along the Nickey Line.

The quickest 10k time for the weekend was completed by Jon Roberts who ran solo and clocked a time of 38:02 (TBC).

The Virtual Handicap entered its third month and some of the club’s quickest runners battled over the top positions of the Strava segment leaderboard.

Antony Beamish picked up a PB on the 27th to move into the top five, but he was overtaken just two days later by Matt Ashby who completed the 4.1 mile loop in 25:32.

At the start of the month Michael Linden was in the coveted top spot, but he wasn’t able to improve his time in late June so waited in hope that no-one would run it faster in the last couple of days of the month.

However, on the 30th, Jon Roberts set out in the late afternoon and completed the route in 25:01 – a PB by just nine seconds – to slot into third place, and then just over an hour later Matt Watt took thirteen seconds off his previous best and leapfrogged Linden to the crown with ten seconds to spare when he clocked a time of 24:25.