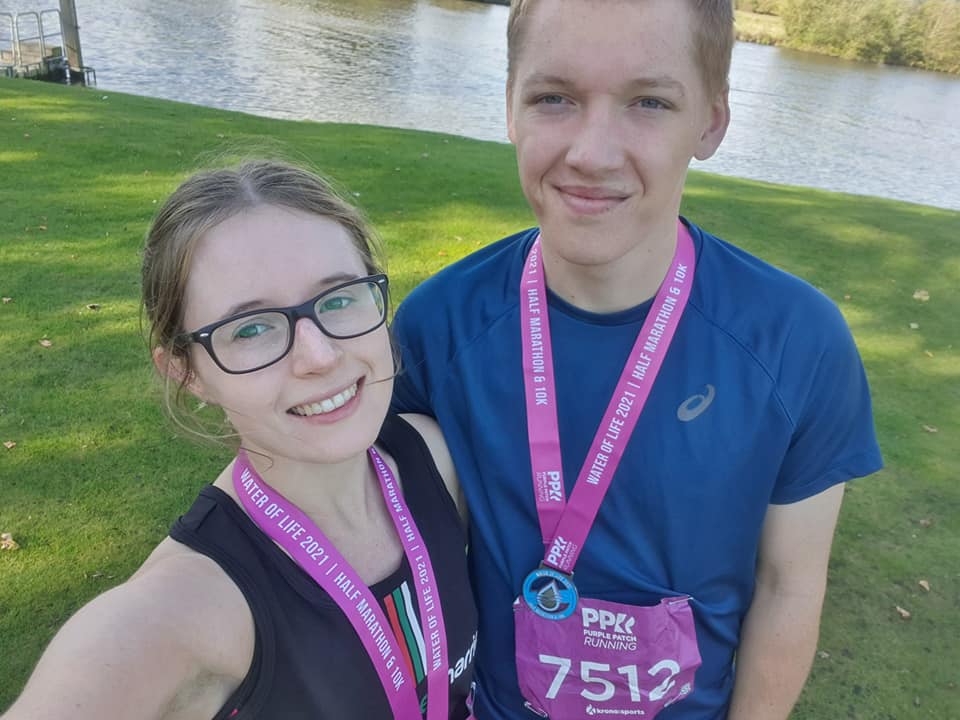 After the excitement and the long missed group vibe of the cross country last week, the Gade Valley Harriers enjoyed a rather more relaxed weekend on 23rd and 24th October as only a handful were racing.

Saturday morning saw several Harriers take to Parkrun for the weekly 5k events. 6 took on the fast, flat Rickmansworth Parkrun and were led home by Matt Watt, who crossed the finish line in 4th position in 17:48. Gareth Tucker and James Birnie also finished under the 20 minute mark. Merlin Allan led home a group of 5 Gade Valley Harriers at the local Gadebridge Parkrun with Jono Marval worthy of a special mention managing to complete the challenging 5k only 6 days after completing a 100 mile race.

Saturday also saw some excellent Parkrun tourism including Anthony Willcox at Maidenhead, Neil Harper at Lowestoft and Nicole Tucker at Portrush, within sight of Royal Portrush, the venue for the 2019 Open Golf Championship. Nick Crowther combined tourism with his wife, Sue at Poole Parkrun with superb running as he continued his excellent recent form, completing the 5k in 18:15. The Parkrunner of the week accolate, however, goes to Anthony Fogden who completed his 50th Parkrun, at Keswick, while on holiday in the Lake District. 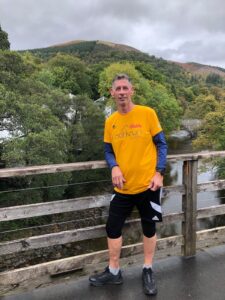 Isn’t this the mint cake place?

Saturday also saw two Harriers taking on hilly trail races around Wendover Woods. Wendover is famous for its hilly running trails so it was something of a surprise that Ines Trent was surprised to find a hilly course for the Bucks Trail Half Marathon. After completing the course Ines commented that it was “…more like a hike. I thoroughly enjoyed it. It’s one to do with a mate; relaxing as it’s never going to be a PB!” 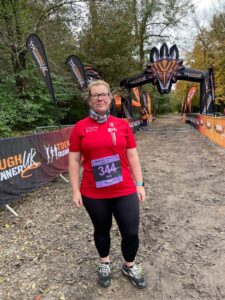 Earlier Leona Flaherty completed the Bucks Epic 10k over similar trails. She finished 8th in her age category, 213th (out of 341 finishers) overall in a superb time for the terrain of 1:11:05. Leona also seemed to be oddly blindsided both by the existence of the hills and the name of the race as she admitted that she could “…see why this race is called Tough Runner!! Those hills!! Anyway, I enjoyed it in a weird kind of way!!”

Well, this bit was flat!

As well as her own race on Saturday, Ines was looking forward to Lewis Trent and his partner, Molly Rice, taking on the Harlow Half Marathon on Sunday. Unfortunately, there was confusion as, after clubmate Jenny Plastow exclaimed “Harlow, my home town!”, Molly chimed in to correct with “Marlow to Henley half tomorrow so we will see how that goes…” We were unable to find Ines to comment on Sunday afternoon as she was last seen trying to drive “…to the end of the M25 to find this Harlow, Menley, whatever, Half Marathon”. 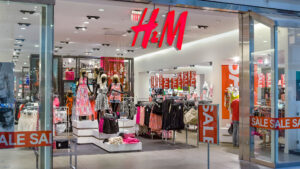 Molly and Lewis didn’t get drawn into the confusion as they both found the start line and both ran strongly. Molly finished 62nd out of 122, 16th out of 53 women and bagged a new PB, completing the distance in 2:05:11. Lewis continued to show rapid improvement since joining GVH in the summer, recording another PB, 1:34:09, and finishing a superb 3rd overall. 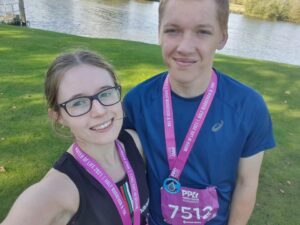 It’s a real shame Ines never turned up to watch!

On a day when few Harriers took part in competitive action it was something of a surprise to see Dave Goodman not running competitively. He did, however, complete yet another full marathon, in Liverpool, but this time saved himself the entry fee by running as an official pacer. He took on the 4:30 pacing duty and executed his brief superbly, saying “Pacing duties completed 04:29:00 my official time. A little sad that this is the last Rock & Roll marathon here in Liverpool. Had a total blast!”. Charlie Cadogan was also in Liverpool, he completed the 26.2 miles in 3:57:49. 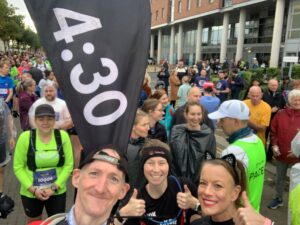 Everybody likes to get close to the pacer!