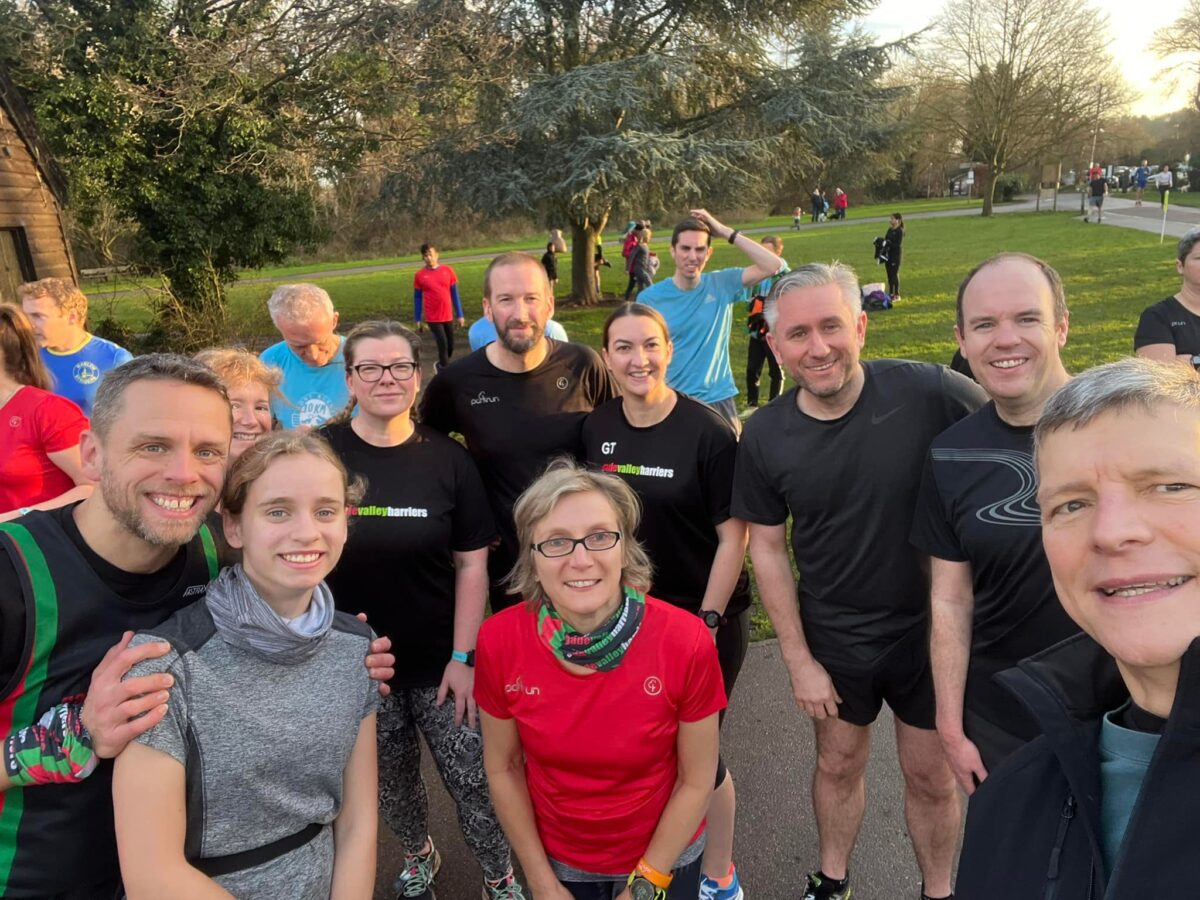 While most of the world was still recovering from their overindulgence at Christmas and a large proportion of the population was still in isolation having got Covid for Christmas, there were a number of Gade Valley Harriers who started 2022 with a Parkrun.

Vince Ellerby started 2022 in the same way that he would have started 2021 had Parkruns not been in abeyance (and many previous years) by running Black Park Parkrun. He finished 26th overall in 21:37. One who wasn’t in his usual New Year environment was Trevor Normoyle, who put in an early contender for Parkrun Tourist of the year by spending his New Year’s Day morning at Karkarook Parkrun in Melbourne, Australia. Trevor was unavailable to comment on suggestions that he had gone to Australia for the Ashes, got sick of England’s awful performances and did a Parkrun instead.

Rickmansworth Parkrun remains a popular destination for GVH and there were 8 participants from the club at Rickmansworth. Gareth Tucker started the year with an excellent performance, finishing 8th overall in 18:52 while Nick Crowther also ran strongly and Steve Newing finished in a second over 20 minutes. Tracey Cotton led the Harriers’ ladies, finishing 5th overall followed by Sue Crowther, Helen Cook, Gemma Tucker and Ines Trent. 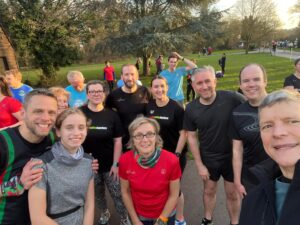 Who’s the bloke in blue between Gemma and Darren?

January 8th also saw some Parkrun action as Gadebridge held its first event of the year. The conditions were atrocious as recent heavy rain had turned the course, which is mostly run on grass, into a quagmire. Gadebridge is a challenge at the best of times with its steep climbs on each lap, but the wet conditions made it particularly difficult this weekend.

Gareth Tucker again led the Gade Valley men, finishing 3rd overall in 21:41, the relatively slow time reflecting the conditions. He said afterwards that “the mud probably added a couple of minutes on a dry course time. Why on earth were you not wearing trail shoes? You must have found that hard.”

Vince Ellerby had company at Black Park on January 8th as Steve Newing and Antony Beamish made the trip. Steve finished 16th with Antony 23rd just ahead of Vince in 26th position. There was a reduced GVH turnout at Rickmansworth with Matt Watt running well to finish 6th overall in 18:20 and Sue Crowther leading the GVH women.

Saturday morning also saw the start of the Country to Capital Ultra. Nick Crowther, Teresa Reason and Dave Goodman had already entered the race some time ago and had been training for the 43 mile multi-terrain challenge. Phil Mercer took the surprising decision to enter the race on Tuesday 4th January, perhaps feeling the blues on the first working day of the year, and with the grand total of 3 days to prefer for the challenge.

Country to Capital starts in Wendover Woods and proceeds through the “stunning Buckinghamshire countryside” down to Denham where it picks up the Grand Union Canal towpath into London. The race finishes at the Little Venice canal basin near Paddington Station. 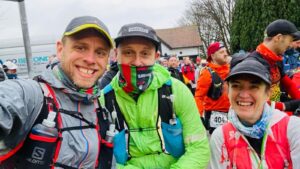 People always look happy before a race. They aren’t wet and cold yet.

Phil Mercer commented that it was “actually a bit like two races. A trail race for 20 miles to the canal then a well maintained towpath, almost as good as a road, for the second half”. On being asked if it would have been useful to have a change of shoes at that halfway point he said “Well, clearly all the people that overtook me in the second half had a helper waiting for them to do exactly that. I was surprised to see several people with very muddy legs above the ankle and pristine race shoes below the ankle.” It can be surmised that this lack of foreknowledge and foresight is to be expected with so little preparation.

The race started at 7:00AM and of the GVH contingent, Dave Goodman started the quickest and was soon out of sight of Nick, Teresa and Phil. Dave said, “The first, off-road, half definitely lived up to its reputation, helped along by the constant rain which made the conditions very challenging, especially when I got to an incline which could only be described as a vertical mudslide!” Dave certainly found the going tough and he was overhauled by the others after around 8 miles.

Nick, Teresa and Phil stayed together through the whole of the trail section before Nick pulled away soon after they reached the towpath. Phil said later that “Teresa got away from me not long after that but she pulled away a lot more slowly. She finished about 10 minutes ahead of me.” He went on to comment that, “I felt under enormous pressure to finish in a reasonable time because Nick’s wife was giving us all a lift home. I was aware that if I really blew up I might get there and find nothing but a message on a post-it with a local taxi number!” 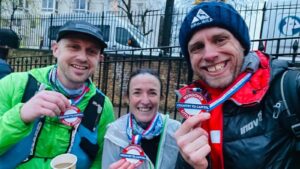 Thank God they waited for me! 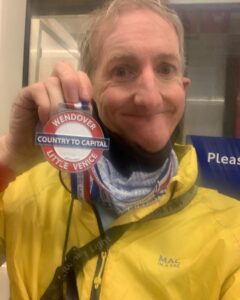 Another day, another ultra, another medal…