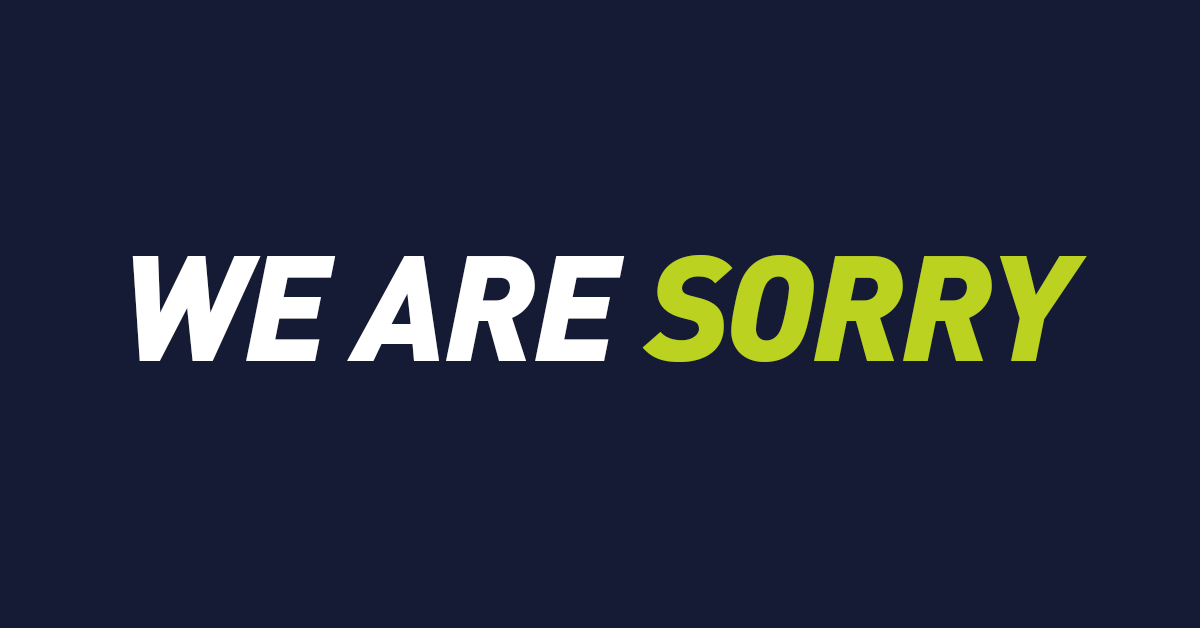 As always, the weekend’s running started at 9:00AM on Saturday as various Gade Valley Harriers took part in Parkruns across the country. The most notable achievement of the weekend belonged to one of GVH’s newer members, Chrissie Mooney, who took part in her 100th Parkrun at Gadebridge on Saturday morning. She put in a solid performance, completing the hilly 5k course in just over half an hour. 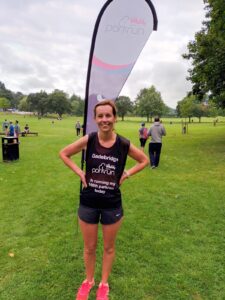 Elsewhere, Antony Beamish put in a strong performance, leading 5 Harriers home at Rickmansworth Parkrun just outside his personal best, while Steve Newing also finished in the top 10 in a field of nearly 400 runners. Susie Ivin continued her tour of Parkruns in the South West of England as she visited Melksham Parkrun and met up with ex-Harrier Tina Searle. 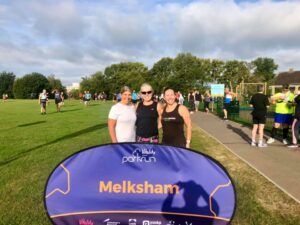 Whilst Sunday saw far fewer races than the previous weekend there were still 2 significant races taking place. Three of the Harriers’ women took on the Twin Lakes 20 in Milton Keynes as they prepared for their Autumn marathons. Kim Morgan, Sam Raffety and Natasha Gibbs all took on the 20 mile course and each took home a new PB. 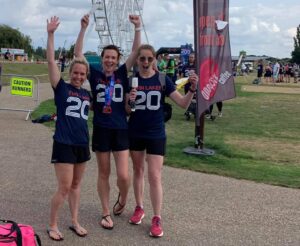 For many runners 20 mile races can be a chore as they are generally undertaken as part of a marathon training regime (not as goal races in their own right), are often contested over multiple laps or on roads and paths shared with courses marked for other distances, as was the case in Bedford last weekend. It was nice to see smiling faces at the end of the race and to hear Kim Morgan’s comment that “[it was a] great course! I would recommend this one.”

Sunday also saw the return of the Brighton Marathon for the first time since 2019. As with the other big city marathons the Brighton race had been originally scheduled for April 2020. It was postponed to the Autumn of 2020, then postponed again to Spring 2021, until finally taking place on Sunday 12th September, about a year and half later than planned.

Dave Goodman, running his 53rd Marathon and his 6th Brighton Marathon, Gwyn Pritchard, running his first marathon, and Peter Tucker, lined up with just over 7200 other competitors to take on the 26.2 mile course along the south coast sea front. At least that is what they thought they were doing. Unfortunately, owing to what can only be described as a disappointing lack of competence demonstrated by a person with one job to do in just over 18 months, the length of the course was incorrect and the competitors had to complete an additional 568 metres. 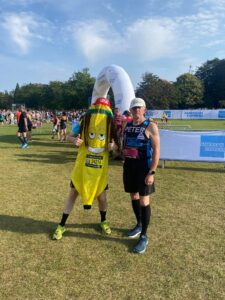 Gwyn Pritchard was the standout performer (out of those wearing running clothes). Marathons (and longer races) can be a very different beast from more conventional, shorter, races as the body is stressed to the limit of its ability to find fuel to keep going. So no matter how hard, and how well, you train, a first marathon is a trip into the unknown, even for experienced athletes. Gwyn ran superbly on his marathon debut to record a time of 3:41:11, finishing in 724th place, ahead of just over 6500 runners. 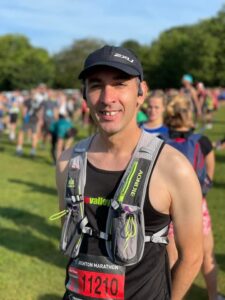 Gwyn contemplates the task ahead. In normal running clothes.

The organisers of the race released a statement on Sunday afternoon that read: “We would like to apologise to our marathon participants that the course today has measured 568m too long. We are wholly disappointed that this has affected our runners and hope that it hasn’t marred the experience, at what has been a fantastic comeback event after 18 months.” Dave didn’t sound too disappointed as he commented “I guess that’s another ultra marathon complete…” 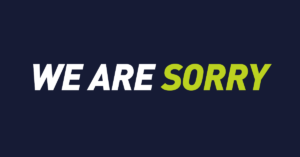 As well as adding to his ever expanding tally of completed marathons, Dave Goodman was also completing his Rasta Banana challenge. He takes up the story: “Today I took on the Brighton Marathon as the final part of my costume challenge. I’ve now completed a 5km, 10km, half marathon and full marathon in a single year in the same [Rasta Banana] outfit.” Dave said that he took on the challenge because he is “completely crazy”, but also because he is trying to raise as much money as possible for @alzheimerssoc “as they are the charity I’m running this year’s London Marathon for”. 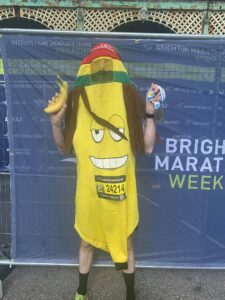 It should be noted at this point that Dave will have to give the Rasta Banana outfit at least one more outing this year in a marathon of the correct length to complete his challenge. Past performance is not always a guarantee of future performance but in this case we can confidently predict that Dave will have multiple opportunities to complete his multi distance challenge in the Rasta Banana costume in a correctly measured marathon. We can only hope that he didn’t dispose of the costume between completing the race and discovering the measuring error.