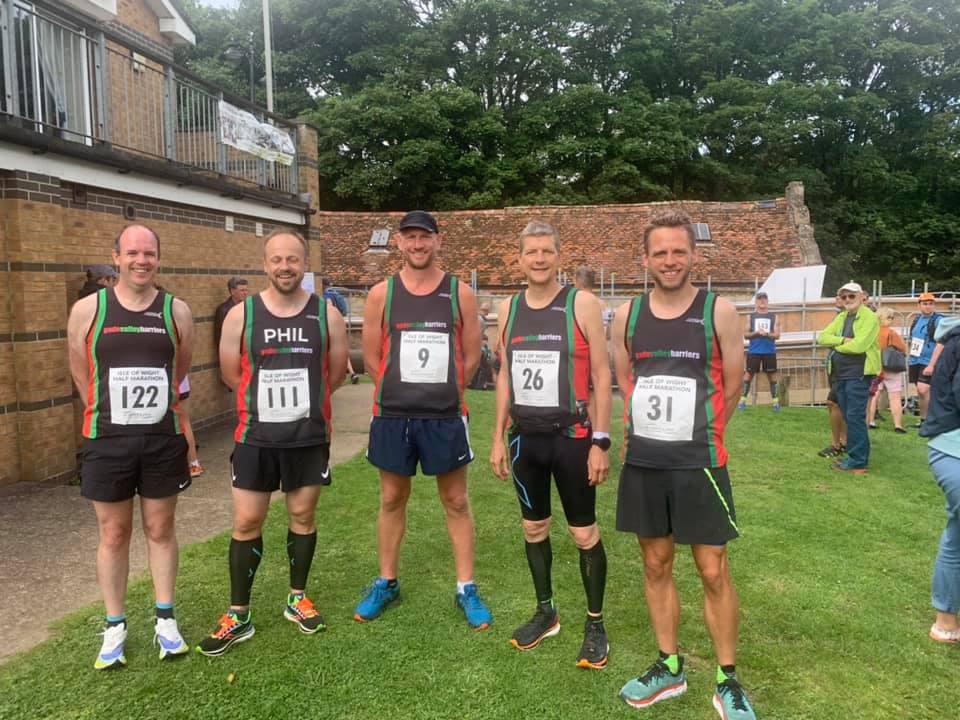 August saw a lot of events coming back on to the calendar and therefore a lot more competitive action than we’ve become accustomed to, culminating last week when Harriers combined to compete in no less than 10 different races over the weekend. The increase in the number of races, and the inherently unscalable nature of human beings, saw Dave Goodman’s average level of participation (measured as how many of the available races he took part in) decline from 100% throughout the first 7 months of the year to only 30% on the first weekend in September, his participation being restricted to 3 races out of the total of 10 that Harriers took on.

Despite continuing to wear the crown of Gade Valley’s most prolific racer, the August Member of Month (male) award goes elsewhere. This month the award goes to somebody who not only completed the next stage of his running coach qualifications, meaning that we have more coaches to take more burden off the undeniably broad shoulders of everybody’s favourite Tenor (although I do like the bloke from the GoCompare adverts), but also ran very strongly to lead home strong GVH cohorts at several parkruns and 2 longer races.

Starting with Parkruns this member has put in strong performances since Parkrun resumed back in July culminating in PB performances at both Rickmansworth and Cassiobury in the last month, both times, curiously, 18:21. At Cassiobury he finished as high as 4th out of over 400 participants.

On the weekend of 14th / 15th August, after putting in his PB performance at Rickmansworth, our member of the month met early on Sunday morning with a crack band of Gade Valley marauders to cross the Solent and mount an assault on the Isle of Wight Half Marathon. Clearly the islanders weren’t prepared for the sheer power of the Gade Valley delegation as our men took the team prize back to the mainland. It was said (by me and unverified) to be the first time that a club outside of the island had ever won the team prize in the Isle of Wight Half Marathon and since I haven’t been sued for libel, it must be true. Our member of the month led the team home with a fantastic time of 1:25:15, finishing 5th overall. 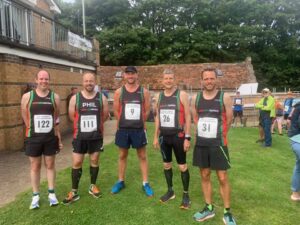 Nick on the right as a bloke eyes the invaders suspiciously

Strictly speaking last weekend was in September, but in my head it counts because the 20 mile races were supposed to take place ages ago, probably last year in fact. While Phil Mercer was busy failing (just) to break the 20 mile World Record the other GVH athletes settled for running the full 20 miles and recording their times in conventional fashion. Our member of the month finished first of the Harriers in 10th overall position in the magnificent time of 2:15:04. This was, curiously, omitted from the weekly report but I’m happy to correct that error by calling it out now and announcing that the GVH Men’s Member of the Month is Nick Crowther.