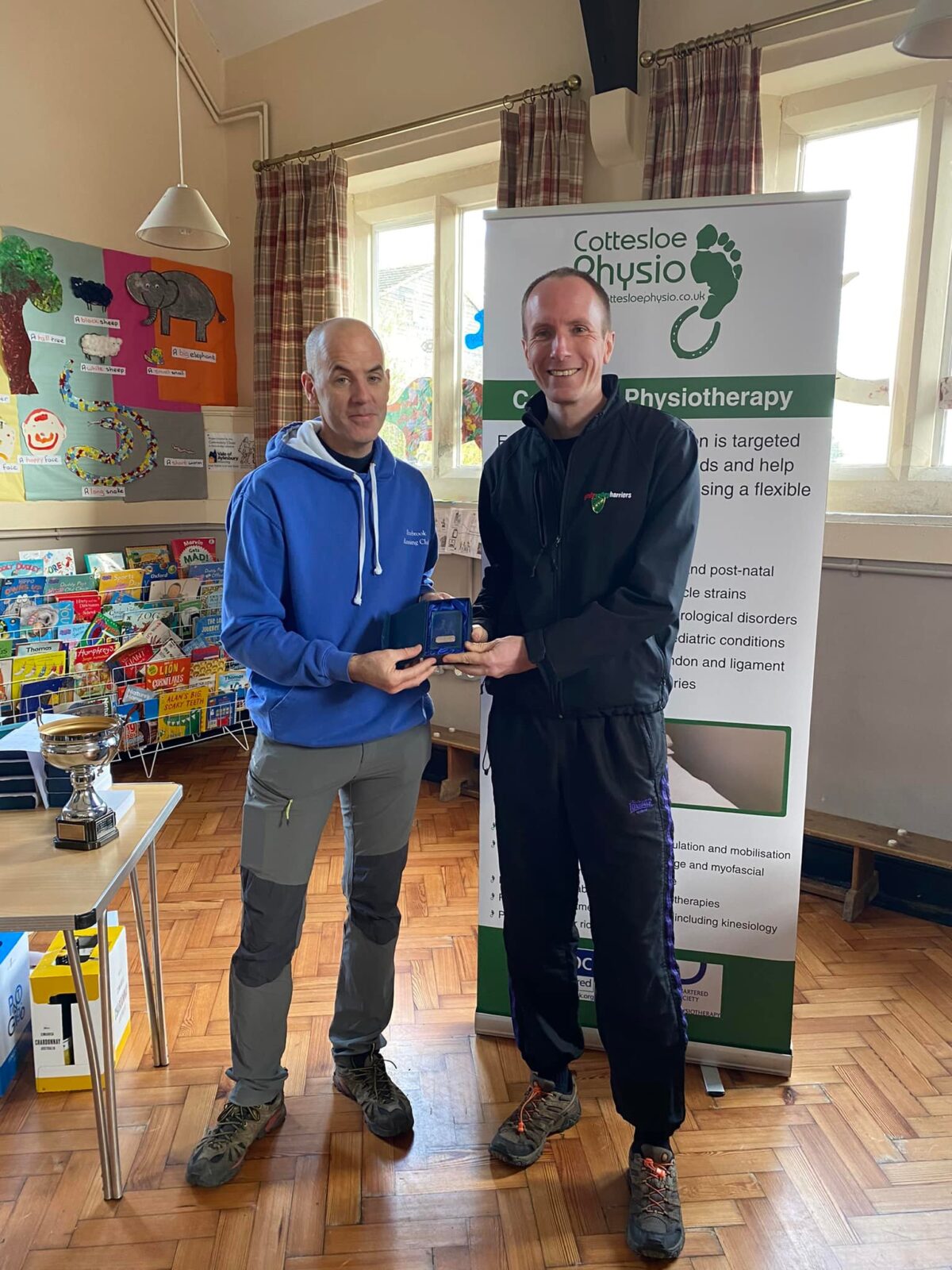 It was a quiet weekend of racing for Gade Valley Harriers as many of the club dialled back their efforts to get ready for the Manchester Marathon (3rd April) and the Brighton Marathon (10th April). Despite the lack of general competitive action, there were still 3 Harriers competing at 3 very different races and the usual complement of runners taking on both local parkruns and some slightly further afield.

A small group of GVH runners took on the 5k run at Cassiobury Park in Watford. Stu Gallagher showed signs of returning to fitness as he completed the course in 18:59, finishing 7th overall, while Anthony Willcox ducked under the 20 minute mark and Antony Beamish also ran strongly. They were joined by Anthony Fogden, who ran a new PB of 24:49 for the course and Caron Williams.

Only 4 Harriers took on Rickmansworth Parkrun, with club chairperson Andy Cook leading the way from Sue Crowther, Paul Reilly and Claire Newing. The attendance at the local Gadebridge Parkrun was equally sparse with Molly Rice, Kirstie Hardiman and Rachel Haffenden the only GVH runners taking part.

Slightly further afield, Nicole and Peter Tucker continued their tour of Northern Ireland’s parkruns as they took on Colin Glen (a place, not a person) Parkrun on Saturday morning. Mary McCluskey also indulged in Parkrun tourism as she completed half the distance at Groe Parkrun in Powys pushing her young son in the pram and then ran the second half as her sister took over the child minding duty.

Even further afield, on Sunday morning (local time), Daver Goodman took part in the New York Half Marathon. Dave posted back to the GVH group on Sunday afternoon UK time, saying “Good morning from NYC. After a bit of a confusing start to the race I completed my first New York Half Marathon. The weather was mild and sunny with a little wind here and there. The course itself was a challenge especially going up and over Manhattan bridge. Finishing inside Central Park was very cool and my time wasn’t too bad either!” Actually, Dave’s time was better than “…not too bad either…” as he ducked under the 90 minute mark to finish the 13.1 miles in 1:29:53. 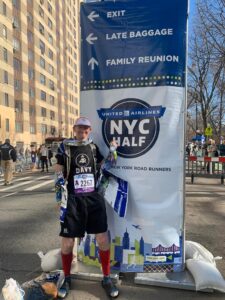 Only his 38th Half Marathon of the year!

Having laid claim to the first Gade Valley Harriers V60 Half Marathon record at Berkhamsted two weeks ago, Robert Bowler became the first GVH runner to beat the existing V60 club record as he lowered his own mark at the Brentwood Half Marathon on Sunday morning. The rural Essex Half Marathon is an old favourite of Robert’s from his time running with London Heathside AC but he hadn’t taken it on for a few years. The course was a little more undulating than he remembered, but he still rated it as fast. Robert was happy to move the GVH V60 record to 1.37.19, taking over 2 minutes off the existing record. Robert said “…after 6 months of injury I found the last 5km or so a little less taxing than previous runs.” If he can remain injury free we should expect many more V60 records to tumble in the coming months. 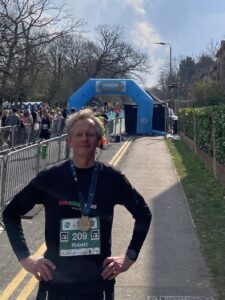 Pick up the pace, Merlin! He needs competition!

The performance of the weekend, however, was left to the GVH men’s captain, Andy Wells. He took on the Hardwick X-stream 10k race, near Aylesbury. This event, hosted by Bearbrook Running Club, is an off road race which crosses several streams along its 10k distance. Andy commented after finishing the race “I finished 2nd at Hardwick X stream 10k race. Very surprised and chuffed! 4 stream crossings, 2 Ditch jumps, 2 stiles and loads of mud!”  Although the winner of the race was a long way ahead, Andy led home a group of three runners in quick succession as he finished the course in 40:30, only 12 seconds ahead of the third placed runner who in turn was only 11 seconds ahead of 4th. Bravo Andy. 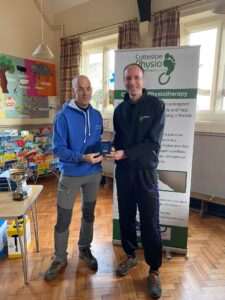 The elephant, the snake and the black sheep say “Well done, Wellsy!”