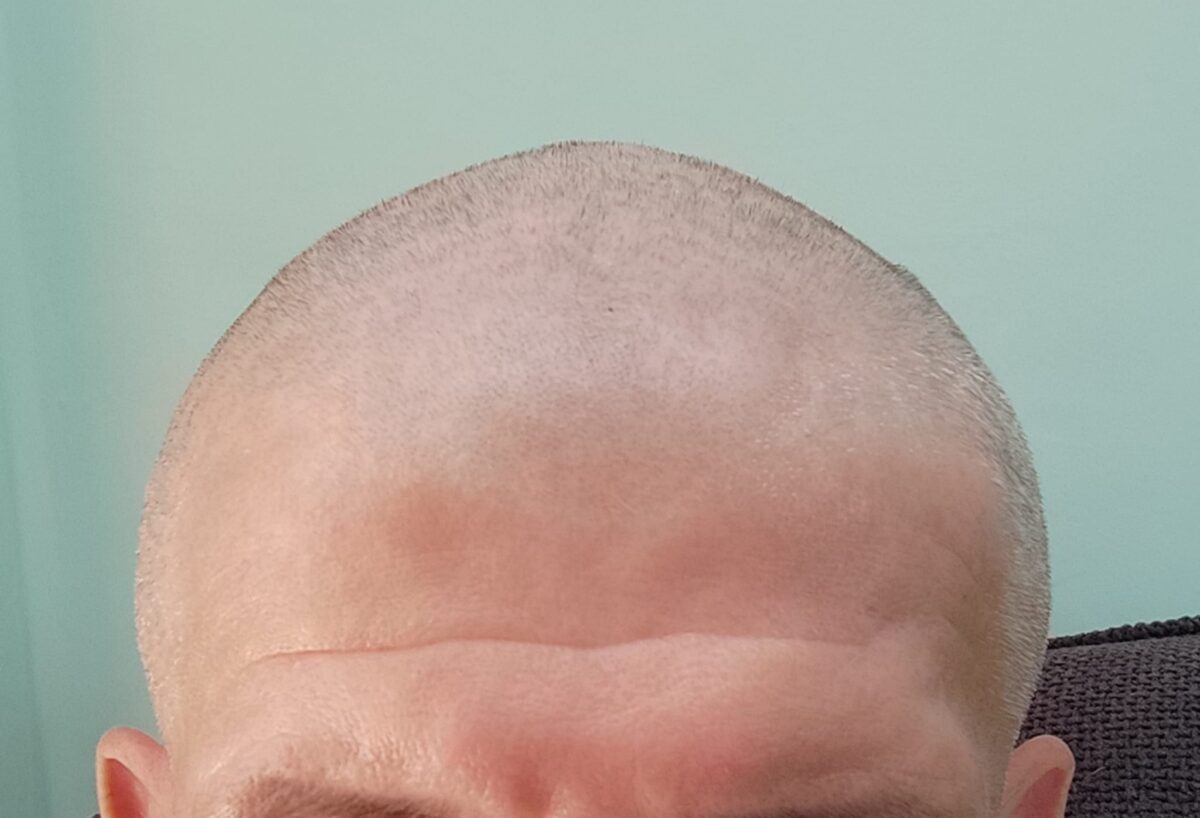 All the action took place on Saturday for Gade Valley Harriers on the weekend of 9th and 10th July. The early birds were the 4 intrepid Harriers taking part in the Race to the Stones ultra marathon 100k event. Slightly later, at 9:00AM, fewer Harriers than is usually the case took part in various local Parkruns and then later on Saturday, starting at Tring Station at 2:00PM, a large cohort of GVH athletes took part in the annual charity event, the Pub Run.

We made it and it’s still daylight!

On Friday evening, the anticipation was building for the coming weekend’s events on the Club’s Facebook page. Many of the club members passed on good wishes to Sam Sparks, Chris Dowling, Nick Crowther and Martin Pike who were representing the club in the Race to the Stones. Perhaps in anticipation of the hot weather, wished the quartet well and urged them to “…drink lots!” The irony wasn’t lost on club coach Ed Price who responded with, “that would be appropriate… for the other main club activity tomorrow!” The reference also wasn’t lost on Nick who asked, “…is it too late to do the pub run instead?” or Chris who commented, “Enjoy the pub run. Much more fun.” Sam, however, clearly missed the point, answering, “thanks everyone! It’s going to be a hot one!”

The Race to the Stones is a 100km trail race “from the Uffington White Horse to Liddington Castle”, the race information continues, “…Trekking through the day and night, it is a true test of endurance to see if you can triumph [over] the trails and finish smiling at the iconic Avebury Stone Circle.” The intrepid GVH 4 gathered at the crack of dawn for the 6:30 start time. Chris, Nick and Martin set off within seconds of the official start while Sam opted for a slightly more leisurely start, setting off some 20 minutes later. 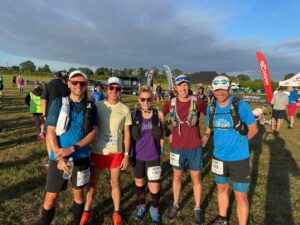 What on earth are we thinking?

Chris and Nick stayed in close order with one another for much of the race and were separated by less than a minute after 2 of the four checkpoints, just under 5 hours into the race, with Nick in 36th overall position and Chris in 40th. Meanwhile Martin was a further 22 minutes back, going through the second checkpoint in 76th overall position and Sam was a further hour and half or so behind, in 98th position in the female race.

Some time around the first checkpoint, there was a much reduced turnout of Harriers at the local parkruns. The Terry family enjoyed a run at St Albans parkrun with William beating Dad Andrew by a few seconds while Helen enjoyed a nice run with Jo Kidd. 5 Harriers took on Gadebridge Parkrun including, unusually, Vince Ellerby. He normally travels to Black Park but, perhaps feeling the pressure to get his costume exactly right for the Pub Run later, made the short trip to Gadebridge Park. Matt Watt continued his impressive return from injury, finishing 3rd in 19:02, just outside his PB for the difficult, hilly, 5k.

Later on Saturday afternoon, as the leading runnings in the Race to the Stones were coming towards the last few, painful, miles, around 30 Harriers gathered at Ting Station to start the annual Pub Run. As always the runners looked like an extremely eclectic bunch as they made their way in fancy dress from Tring Station back to the Steamcoach in Hemel Hempstead stopping at 9 hostelries on the way. Organiser Vince had his hair shaved for charity (much to the consternation of the management in the Fishery who pointed out that people were trying to eat dinner nearby and perhaps the runners could have some consideration) and £1500 was raised for charity. Alongside a photo of his newly shaved head, Vince commented “Thanks everyone that came along and a big thanks for all the very kind donations.” 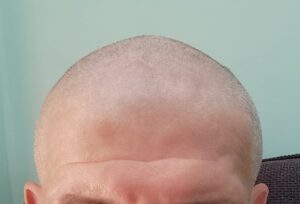 “I just love Matt Watt’s hairstyle, had to copy him!”

As day turned into night and a sober group of people in smart fancy dress turned into a drunken mob wearing the remnants of once magnificent costumes, the GVH four were proving their mettle over the closing stages of the Race to the Stones. First to the stone circle was Chris Dowling. He finished while the sun was still strong, around 5:25PM. His total time was 10:55:50 and he improved his position at each checkpoint, going from 49th to 40th, 28th and 23rd at the finish. Afterwards, Chris said, “Super happy with that after interrupted training. Very warm conditions and awkward underfoot. I nearly pulled the plug at 50k but managed to find something from 60k onwards!” 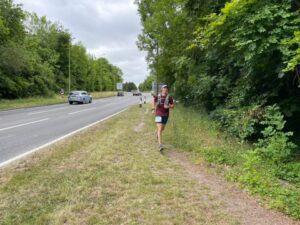 Looking strong, somewhere in between a horse and a stone circle.

Not too far behind Chris was Nick. Having been 4 places ahead of Chris at the second checkpoint, he also improved his personal position at each checkpoint. He went from 48th to 36th and We 35th, before finishing 27th overall.

Martin Pike also ran very strongly to improve his position from the halfway stage. He was 76th at the second checkpoint, improved to 61st at the 73k checkpoint before slipping back slightly to finish in 69th position in 12:37:28 in the still warm evening sunshine. Martin said he “Won’t be doing that again in a hurry!” He went on to say he “…felt very sick on a couple of occasions but everyone suffered there. Nothing beats a bucket of water to dip a hat in. I’m just glad to finish, to be honest!” 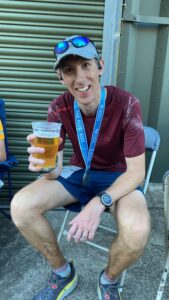 Is it too late to get to the Steamer?

Making up the impressive Gade Valley quartet was Sam Sparks, competing in only her third ultra marathon and doubling the distance of her previous longest outing. As with all the other GVH runners, she improved her position throughout the race, showing once again that Gade Valley understands exactly how to prepare its runners for ultra racing. She went from 103rd (female) at the first checkpoint to 98th, then 76th and finished in 69th position, matching Martin’s finish in the men’s race. 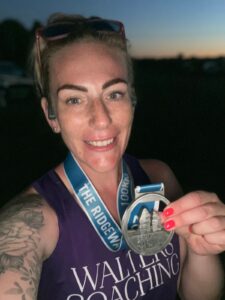 Deserved that one. Even Ange isn’t jealous.

She was battered and bruised, but happy, at the end and commented that the race was “The hardest thing I have ever done in my life! What with falling over and bashing up two toenails I am surprised I even finished”. Sam made it to the stone circle just as the last rays of sun were dipping below the horizon, finishing in 15:12:09 around 10:00PM.

So just as Sam was completing her epic run, a rather less auspicious group were posing for the last time in front of the camera outside the Steamcoach in Boxmoor. I know which of Saturday’s runs I would have preferred given the choice!