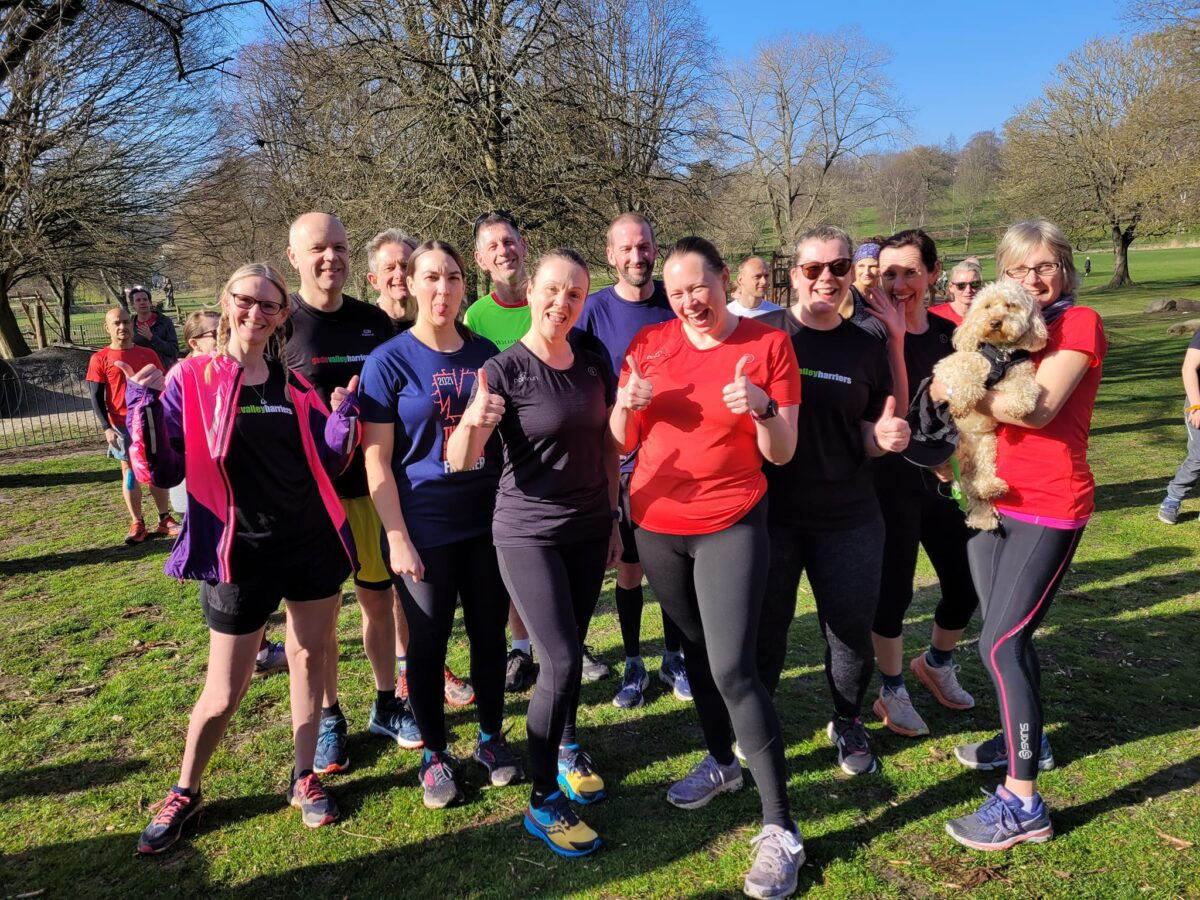 In the past news publications were at the mercy of print deadlines. This could make for some interesting headlines, particularly when sports events took place on the far side of the world. This could lead for some particularly interesting cricket reporting from Australia when the journalists knew they had to file reports long before the day’s play had ended. On the other hand, sometimes communication breakdowns, or just lazy journalism, could lead to events missing the press altogether.

And so it was that some interesting reporting deadlines, mixed with two days spent entirely within 50 metres of a bar, led to some spectacular results going unreported from the Ashridge Boundary Trail on Saturday 19th March. The race is entirely off road, around the boundary of the Ashridge Estate, taking in some very challenging hills, including the fearsome Pitstone Hill near Ivinghoe Beacon.

8 Harriers ran the race. The men were led home by Nick Crowther who finished in 32nd overall place in 2:09:48. Gareth Tucker wasn’t far behind in 2:18:17. Phil Mercer and Tom Perry were the other GVH men to complete the race. The women were led by a magnificent performance from Teresa Reason who finished 2nd in the VW40 category in 2:22:08. Vicky Crawley-Wise finished just ahead of Claire McDonnel with Kim Rodwell completing the women’s team.

Each month the men’s and women’s captains select a member of the month. Sometimes (and not always because of poor journalism or laziness) the awards are not announced until the following month. So it was that last week saw ladies’ captain Angeline Cottril and men’s captain Andy Wells announce the Members of the Month for January and February. 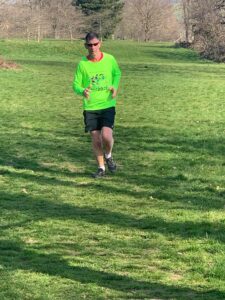 For January, Sue Crowther took the women’s award in recognition of, amongst other things, a superb effort in her first ever 10 mile race. Angleline said “She finished a superb 1:23:11, an average pace of 8:19 minutes per mile… Well done Sue on an absolutely fantastic achievement in your first 10 mile race”. 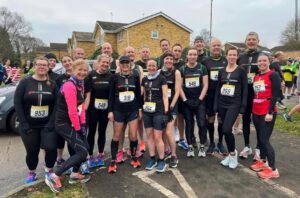 Holly Beckett was the winner for February as she ran a Half Marathon PB at the Watford Half Marathon. Angeline said she “…finally achieved her target of a sub 2hrs half marathon… The Watford half marathon is notoriously tricky and therefore no mean feat to achieve a PB.” The accolade capped off a great few days for Holly as she found out earlier in the week that she had secured a coveted place in the 2022 London Marathon through the public ballot. 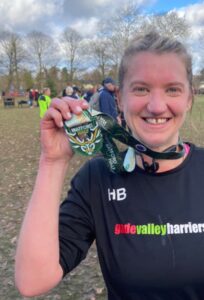 Holly scores a PB at the Watford Half Marathon in January

Andy Wells nominated Anthony Fogden for the men’s member of the month for January. Anthony, like Sue, also completed his first ever 10 mile race in January at the Fred Hughes 10. February’s winner was Merlin Allan in recognition both of his consistent contributions to the Chiltern League Cross Country efforts, appearing in all 5 fixtures, and his personal achievement in finishing second overall in his age category for the 5 race series. 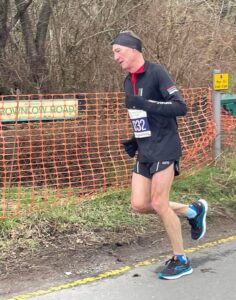 With no racing taking place on the weekend of 26th and 27th March, attention turned to Parkruns on Saturday morning and in particular to the local Gadebridge Parkrun where Tracey Cotton was taking part in her 200th Parkrun. Unfortunately Tracey’s recent injury problems surfaced again and she was unable to run as fast as she would have liked but she was accompanied around the 5k course in the beautiful spring sunshine by Gemma Tucker and Mary McCluskey, all 3 finishing the course in 38:47. 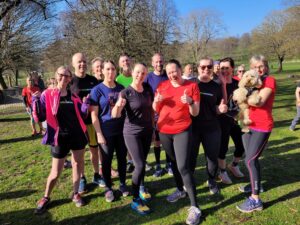 Gareth Tucker was the first Harrier to finish, in 15th overall place, while Robert Bowler continued his excellent recent form to finish the distance in 23:06, a time good enough to claim the V60 club record for Gadebridge Parkrun as well as the overall quickest parkrun (any location) for the over 60s category. Kirstie Hardiman was the first Harrier woman over the line with Christeena Mooney and Rachel Haffenden also running strongly to finish under half an hour.